“Dynasty” recap: Blake Carrington Is Shaping Up As a Dastardly Villain 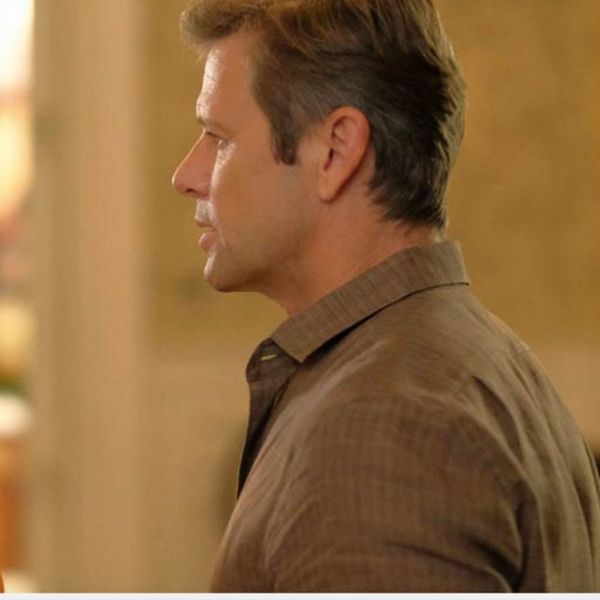 The most recent Dynasty episode, “Private As a Circus,” centers around Matthew’s (Nick Wechsler) phone, though it turns out to be for a different reason than we all thought (or does it?).

So the phone is stolen in the robbery staged by Sammy Jo (Rafael de la Fuente), but when Sam overhears Blake (Grant Show) telling Det. Stansfield (Michael Beach) the cops need to find the phone before the person who stole it realizes what he has, Sam goes to try to get the phone back. It is then his thief friend who informs him the price is going to be pretty stiff, since there’s a sex tape file on the phone of Cristal (Nathalie Kelley) getting it on with Matthew.

Sam enlists Steven’s (James Mackay) help because he now needs $200K to buy the phone off his friend and Steven is the only person Sam knows who has access to that kind of money and might actually help him. Steven agrees to help, but he sort of double crosses Sam by having Stansfield swoop in to arrest the robber after they have the phone.

Everything seems to be working out until Steven stupidly tells Fallon (Elizabeth Gillies) about Cristal’s sex tape and Fallon gets her hands on the file. When the sex tape hits the internet, Fallon pretends to be outraged, but there’s no way it wasn’t her who leaked it.

Now Cristal is being slut-shamed all over the press and social media (“Million Dollar Tramp”), and this certainly doesn’t help the Carringtons look innocent of Matthew’s death. Steven may be in the clear, but Blake and Cristal look more guilty than ever.

Speaking of Blake and Cristal, they finally get a “honeymoon,” when Cristal whisks Blake off for a weekend at the “low key” cabin (a monstrosity that could easily house a family of 10). But Blake can’t stop fixating on the phone and they finally come home when they get wind of the sex tape being leaked online.

They arrive just in time for Matthew’s partner Willie (Dave Maldonado) to commit suicide, which is total garbage and everyone knows it. Willie had just called Steven to talk about how worried he is about Claudia (Brianna Brown) and that he’s convinced Blake killed Matthew. It’s awfully convenient he then kills himself and takes responsibility for the Windbrier accident, absolving the Carrington family of Matthew’s murder.

Was it the cop acting on Blake’s orders? That seems likely, but with this show, you never know.

It also turns out that Blake wasn’t eager to get his hands on Matthew’s phone because of the sex tape. He tells Cristal that Matthew tried to blackmail him with proof that Steven caused a rig accident that left a man dead (which Matthew helped cover up as a “structural malfunction”). Now, this is what Blake tells Cristal, but we have no proof that he’s telling the truth. The whole story sounds a little fishy. Is that really enough for Blake to order two murders?

Finally, Fallon is busy getting her new company, Morell Green Energy Corporation, up and running, starting with trying to poach the Atlanta city utility contract from Carrington Atlantic. But it does not go well, mostly because Fallon doesn’t know how to be a person. She demeans and dismisses Cory, a woman who Fallon thinks is an assistant but who turns out to be a councilwoman. On top of that, Cory went to high school with Fallon, but Fallon doesn’t remember her. Jeff Colby (Sam Adegoke) tries his best to smooth things over with Cory, but it doesn’t work.

The only thing he is able to do is hook Cory up with Michael (Robert Christopher Riley), who is tired of pretending he’s not with Fallon. That’s one of the most interesting relationships on the show — so what do you think Fallon will do when she finds out Michael slept with Cory? (We aren’t shown for sure that he did do that, but it’s implied).

Overall, not the most exciting episode of the show so far. The ratings for Dynasty aren’t great, so we’re actually really wondering how long it will last. Hopefully long enough for Blake to find out about Fallon and Michael. That will be epic.