‘Dynasty’ Recap: ‘Nothing But Trouble’ Left Us With Some *Major* Cliffhangers 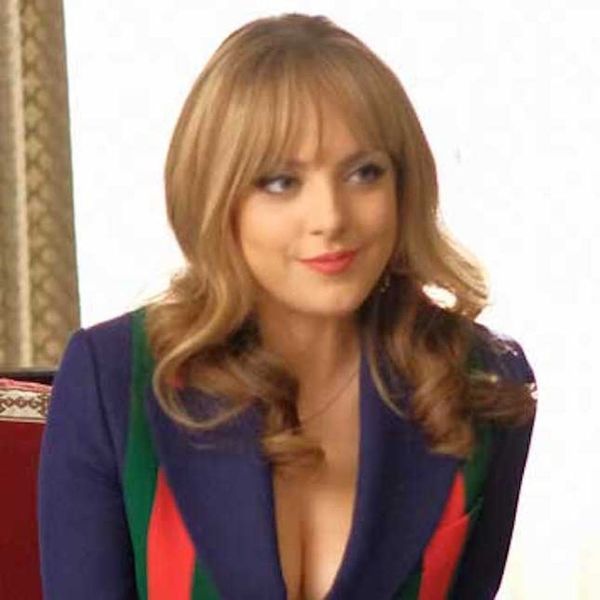 Dynasty sure knows how to leave us with some major cliffhangers before going on hiatus. In “Nothing But Trouble,” Fallon and Jeff Colby play three-dimensional chess, Cristal is nice and then naughty, and Ted Dinard reappears briefly for a bonkers couple of scenes.

So, first of all, Steven has decided to run for Atlanta city council, much to his father’s consternation. It’s not that Blake doesn’t believe in Steven, but he’s worried about his son’s past indiscretions being paraded out for all the world to see. I totally appreciate Blake being protective of his son, but Steven is part of this incredibly wealthy, well-connected family. Surely his missteps have been splashed all over the news and social media already.

But still, in preparation for possible mud-dragging, Steven gives Ted a heads up about his name being part of Steven’s scandals. Ted weirdly takes Steven’s talk to mean that they’re getting back together, so when he finds out Steven is living with Sam, he goes all Fatal Attraction on Steven. Except Steven isn’t home when Ted jumps out the window to his death — Sam is. Which isn’t going to look great to investigators, since their first thought is going to be that it was a fight between Steven’s two lovers.

Meanwhile, Steven has just come off looking super charming and smart in an interview Cristal arranged with her reporter friend Rick Morales. It all seems wonderful, except when, after the interview, Cristal grabs Rick and kisses him in a very more-than-friends way. What is that about? That seems wildly out of character. Blake and Cristal may be a lot of things, but their love has always seemed pretty genuine.

Finally, Jeff and Monica are hard at work to take down Blake and Fallon, but Michael knows that something is rotten in the state of Denmark. He alerts Fallon to his suspicions and initially, she doesn’t buy it, but eventually, she realizes that Michael (not Jeff) has her best interests at heart and does a little snooping. She finds out that her two supposed BFFs are really out to get her, so she accepts Jeff’s marriage proposal and appears to be launching a secret attack of her own.

It’s a baller move and I can’t wait to see what Fallon has up her sleeve. Especially since Cecil Colby makes parole thanks to his son — and he’s definitely out for Carrington blood.

Blake: “Politics is a full-contact sport. Your entire past becomes fair game. You don’t exactly have a great track record — a month ago you were snorting half of Manhattan up your nose.”

Fallon: “Don’t be so old-fashioned, a couple more felonies and he could be president.”

Blake: “I have to get to the office. The puppies won’t kill themselves, you know.”

So, Cecil thinks Blake set him up on drug charges to get him sent away, while Blake says Cecil tried to kill him. What do you think the real situation is? And will we get to meet Mrs. Colby?

Dynasty is off until Friday, March 9. What are we going to doooooo?!