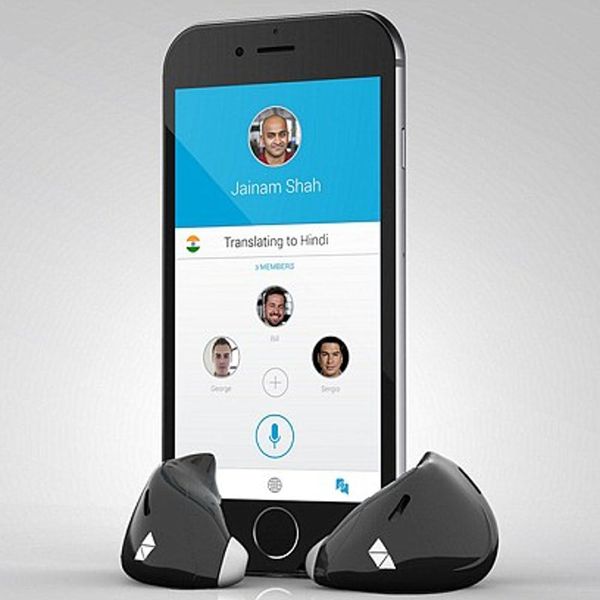 The future is now, globe-trotting friends, and this new little gadget is going to change the way you travel. Erasing the lines between those speaking different tongues, this tiny device you pop in your ear will be your own personal translator and costs less than a pair of Christian Louboutin flats or a Dyson hair dryer. With this barrier-breaker in your ear and summer airfares being the cheapest in seven years, now is the time to book that flight for your dream vacay.

The gadget, called the Pilot, is actually two little gadgets or, rather, earpieces. Each one is worn by a separate person, ideally two people who don’t speak the same language. Using an app, the Pilot simply goes to work, translating what one person is saying to the other, relaying the messages between the users.

“This little wearable uses translation technology to allow two people to speak different languages but still clearly understand each other,” said the Pilot creator’s Waverly Labs according to the Daily Mail. Even with that being super cool in itself, there are already plans for an upgraded version that won’t require a second piece. The wearer will be able to pop in their piece and listen to everyone speaking around them in whatever language they happen to be speaking. It’s so Star Trek.

Coming in black, white and red, the Pilot currently supports English, Spanish, French and Italian, with East Asian, Hindi, Semitic, Arabic, Slavic and African languages coming soon. Like many new ideas these days, Waverly Labs is planning on launching a crowdfunding campaign on Indiegogo to get the ball rolling. Those who pre-order will be able to nab a Pilot for just $129 to $179, with the price expected to rise to $250 to $300 once it shows up in stores. If you don’t want to wait, pre-orders are expected to start May 25, just in time to settle your summer travel plans.

Would you love to try out this little translating gadget? Tweet us @BritandCo!

Desiree O
Desirée O is a ‘Professional Bohemian’ who loves anything and everything related to the arts, entertainment, and pop culture. She ADORES being a ‘Newsy’ for Brit + Co, covering all of the latest tidbits of awesomeness that you want to read about. When she’s not writing, she’s either making messy art, going on long adventurous walks with her camera, or poking around over at bohemianizm (http://www.bohemianizm.com/). You can find out about Desirée O and her work at http://DesireeO.com/ or follow her on Twitter @DesireeO.
Tech News
Entertainment
Tech News