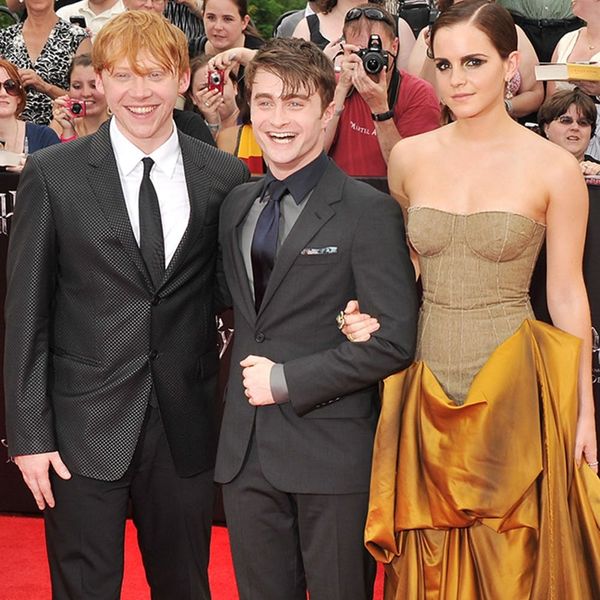 Picking our favorite swoon-worthy British actor is something of an impossible task. While we’ll always have a soft spot for the quirky R. Patz and noble Benedict Cumberbatch, freckled and friendly-faced Eddie Redmayne might currently be our most beloved fella from across the pond. The 33-year-old actor has scored some pretty major roles over the last few years. He sang his heart out in Les Misérables and more recently went on to win an Oscar for his portrayal of Steven Hawking in The Theory of Everything. How do you follow a role like that? Easy. You sign on for a part in an upcoming Harry Potter prequel.

Over the last few days the rumor mill has been swirling with reports that Redmayne is in talks to star as the lead in the upcoming Harry Potter spinoff trilogy, Fantastic Beasts and Where to Find Them. The prequel to HP will be set in New York roughly seven decades before Harry Potter’s story begins. The film will follow the adventures of Newt Scamander (Redmayne’s potential role) as a “magiczoologist (someone who studies magical creatures and has, presumably, Hagrid’s dream job).

If you’re dubious of a Harry Potter spin-off, we don’t blame you but we will say that so far it sounds quite promising. The screenplay will be written by J.K. Rowling and the director will be David Yates, who directed the last four HP films. Officially tack Redmayne onto the cast and you have our backing.

If that’s not enough good Harry Potter news for one day, we have more. While you wait for this film to debut, there is a new Harry Potter book on the market. Harper Collins and Warner Bros. have released a new book titled Harry Potter: Magical Places From the Films – Hogwarts Diagon Alley and Beyond, which takes you behind the scenes of the magical wizarding world you know and love. Here you’ll get an unprecedented look at the creative process that transformed the magical locations from the page to screen. Readers will discover the many challenges the studio faced when building places like Hogwarts, Diagon Alley and the Ministry of Magic.

The book was only released yesterday and is already a number one best seller on Amazon. If you want don’t want a repeat of those Johanna Basford coloring books, we advise you snag a copy before the rest of those die-hard HP fans do.

Which piece of HP news are you most excited for? Share with us in the comments below.