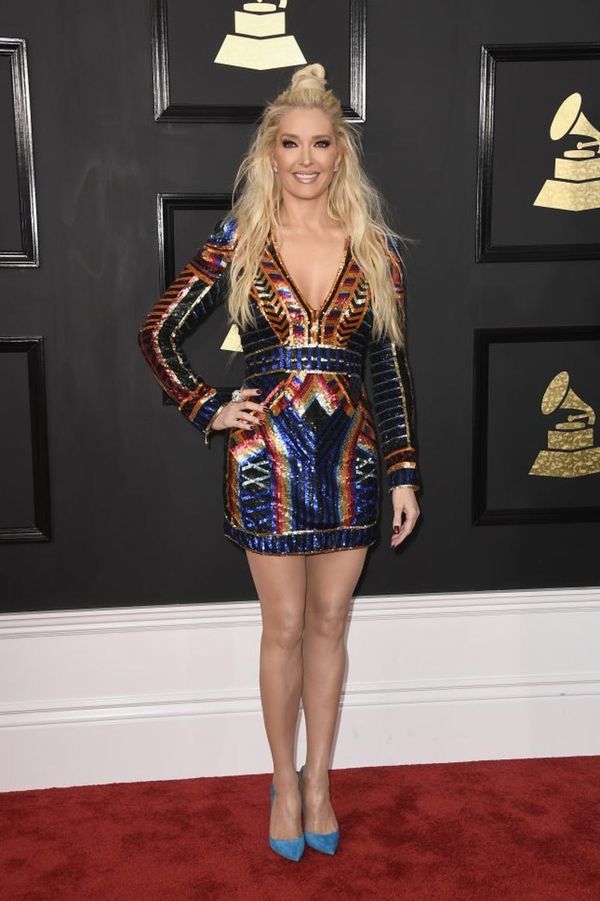 Of all the Real Housewives to come through Beverly Hills’ cast, Erika Girardi has to be one of the most intriguing. Not only does she perform by the stage name of Erika Jayne, (see her single “XXPEN$IVE” here), but she drops the occasional “F” bomb or 12, AND has an impeccable sense of style to boot.

The reality starlet recently shared the secrets to her impeccable fashion sense with Vogue, and some of her answers were downright hilarious (not that we’d expect anything less!). “I like over the top,” she told the mag. “And I like sh*t that’s expensive. My eye pulls for those things.” But that’s not to say she doesn’t love a good bargain. As Girardi so eloquently put it, she’s “a little cheap, a little rich, and a whole lot of fun.”

That would be thanks to her role models of both famous women (think Rita Hayworth and Marilyn Monroe), as well as personal ones. “I think my mother and grandmother had style, even though we’re humble Southern people,” she muses.

“You have to work to look good. You don’t wake up and effortlessly look fabulous.”—@erikajayne. https://t.co/d2juloiqvq

She’s certainly elevated the confessional booth to new heights: Frequently rocking her fave designers of Tom Ford, Alexander McQueen (“The way McQueen cut when he was with us was incredible … You always had great shoulders and a tiny waist. Very feminine,”), and Gucci, Girardi says it’s definitely work looking good for the camera. “I’m a showman,” she said. “I believe that you’re a character every time you put on clothes. Tomorrow I may be another in hoops and tight jeans and a bomber. Clothes, to me, or wardrobe express characters … I’m a character every time. I was very bossed-up Scarface in my white Versace [suit] and then I went Toddlers & Tiaras in the pink Gucci.”

Yet, it’s not a task she particularly minds. “I will always be fashion,” she told the mag. “I try to pull it together. I think that comes from a sense of self.”

What do you think of Erika Jayne’s look? Share with us @BritandCo.