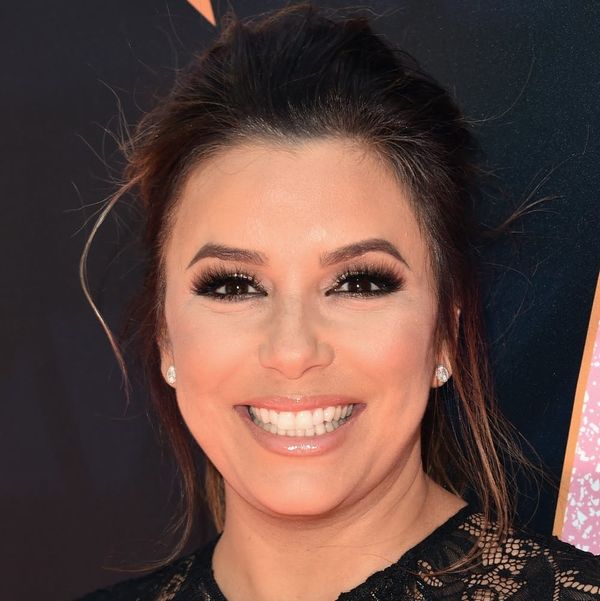 Eva Longoria is currently expecting her first child with husband Jose “Pepe” Bastón and as the due date quickly approaches, the soon-to-be first-time mom is having some *feelings* about the upcoming delivery.

The 43-year-old star spoke to People magazine about giving birth and confessed that she’s having mixed emotions. “[I’m] excited,” she said, then added, “Nervous, excited, emotional.”

However, despite her nerves, she’ll probably be thankful to be done with her pregnancy. Longoria previously told Jimmy Kimmel Live that she was less than impressed with the way her body felt while carrying a baby.

“Everything’s uncomfortable,” she said. “It’s not just your belly — everything gets bigger. I’ve never seen my thighs so big, and my boobs, they’re in the way of everything. It’s hard.”

Despite the discomfort, Longoria has kept busy. On Monday, the actress stepped out to be honored with a star on the Hollywood Walk of Fame. Ricky Martin and Victoria Beckham were there to help their friend celebrate, as was Longoria’s former Desperate Housewives costar Felicity Huffman and the show’s creator Marc Cherry.

When People asked about a possible reboot of the hit ABC series, Longoria had a response that will thrill fans.

“I would love a reunion!” she said, adding that she’d have no problem revisiting her former character, saying, “I always loved Gaby Solis, I miss being in her skin.”

Although that’s definitely good news for Desperate Housewives fans, we’ll most likely have to wait a little longer for that possibility to come to life considering Longoria will be busy with a baby for the next year or so.

Do you think a Desperate Housewives reboot is likely to happen in the future? Let us know @BritandCo!

Desiree O
Desirée O is a ‘Professional Bohemian’ who loves anything and everything related to the arts, entertainment, and pop culture. She ADORES being a ‘Newsy’ for Brit + Co, covering all of the latest tidbits of awesomeness that you want to read about. When she’s not writing, she’s either making messy art, going on long adventurous walks with her camera, or poking around over at bohemianizm (http://www.bohemianizm.com/). You can find out about Desirée O and her work at http://DesireeO.com/ or follow her on Twitter @DesireeO.
Celebrity Baby
Celebrity News
Celebrity Baby TV