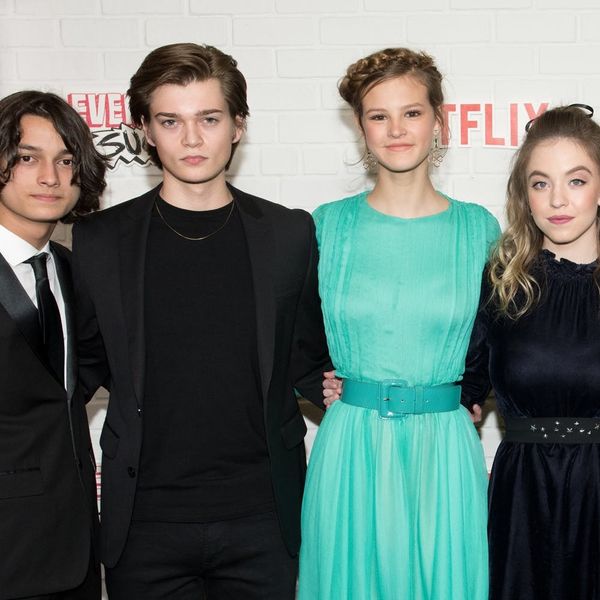 Ever since Netflix announced back in June that they were going to start cancelling shows due to a high “hit ratio,” guessing which one of our beloved series will get the boot next has been a bit like playing roulette: It’s really anyone’s guess! Fan faves such as Sense 8 and Love have already felt the effects of the change, and now, we’ve got yet another title to add to the list.

The streaming network has pulled the cord on the ‘90s teen misfit show Everything Sucks! after just one season.

A coming of age story about a group of kids who connect through a high school AV and drama club, the show was widely compared to the cult-hit Freaks and Geeks, which ran for just one year on NBC.

Everything Sucks! was also lauded by the LGBTQ+ community for its portrayal of female lead Kennedy, who is struggling to come to terms with her own sexuality and her attraction to women.

Executive producer Jeff Parker spoke to the The Hollywood Reporter about the sad news, saying, “We’re super proud of the show we made — and very proud that it found an audience of very passionate fans, for many of whom it became an important personal touchstone: either reflecting their current life, or an echo of their own teenage years.”

Still, he admits he’s bummed by the network’s decision, adding, “We are grateful to Netflix for the opportunity, but we are very disheartened we won’t be continuing to tell these stories.”

Are you bummed to see this one go? Share with us over @BritandCo.

Nicole Briese
Nicole is the weekend editor for Brit + Co who loves bringing you all the latest buzz. When she's not busy typing away into the wee hours, you can usually find her canoodling with her fur babies, rooting around in a bookstore, or rocking out at a concert of some sort (Guns N' Roses forever!). Check out all her latest musings and past work at nicolebjean.com.
LGBTQ
TV
LGBTQ Netflix Streaming TV
More From TV