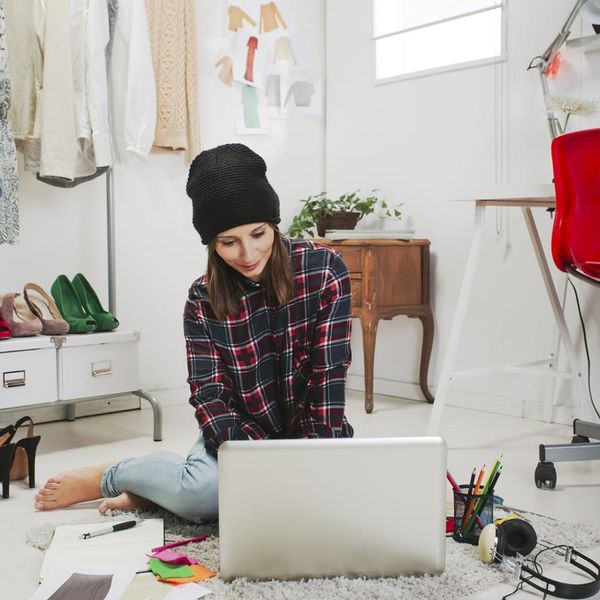 In 2016, the title fashion blogger definitely evokes a sort of modern day celebrity status. And even more alluring, it’s not the kind of celebrity that requires you to work a waitressing job while you wait for your big break. Create a catchy blog name, bust out your camera and you’re off. Although you can basically get going on your new venture straight away, it probably won’t be so easy to get the traffic you were initially hoping for. The market is crowded and the competition fierce. If you do manage to snag enough fans and followers, though, it’s becoming a seriously lucrative position.

According to a report by WWD, fashion bloggers are now making more than ever before. With that news comes the question we’ve all asked ourselves at one point or another: But how the heck do fashion bloggers actually make money? As you might expect, it involves a lot more than having your boyfriend (AKA Instagram husband) take pretty photos of you posing in cute outfits.

WWD writes that most of a prominent fashion blogger’s income stems from endorsements or partnerships with leading companies as part of marketing and promotions campaigns. A yearlong campaign with a big name can easily generate half a million dollars. Kristina Bazan of the blog Kayture recently made blogging history with the recent seven-figure contract she scored with L’Oréal cosmetics.

Along the same vein, a sponsored Instagram post from a top fashion blogger can cost a brand between $5,000 to $25,000. That’s still significantly less than what a celeb like Kendall Jenner gets paid for a sponsored Instgram post but still, that’s a fat chunk of change.

That kind of money doesn’t exactly come rolling in when you only have a couple hundred followers though. Chiara Ferragni of The Blonde Salad has collected 5.2 million Instagram followers in a few short years. Aimee Song of Song of Style has 3.2 million and Wendy Nguyen of Wendy’s Lookbook boasts 877,000.

When you’re racking in that kind of traffic, your links can also play a major factor in boosting your income. By using tools like ShopStyle Collective and RewardStyle, bloggers are able to earn a fee each time they refer a viewer to a retailer’s website. The fee isn’t much but if you’re someone like Leandra Medine (of The Man Repeller) who has around 3.7 million devoted fans checking her site each month, those pennies can tally up fast.

So, step one on our journey to becoming a famous fashion blogger: find one million followers. That should be easy enough, right?

From Your Site Articles
Cortney Clift
Cortney is the senior writer and special projects editor at Brit + Co. She typically covers topics related to women's issues, politics, and lifestyle. When she's not buried behind her computer you'll find her exploring New York City or planning her next big adventure.
Fashion Bloggers
Style News
Fashion Bloggers
More From Style News