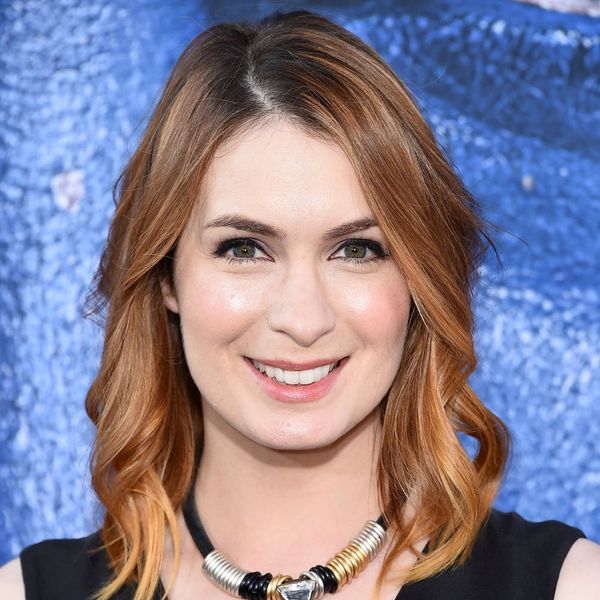 Felicia Day totally surprised us when she announced that she was pregnant… and expecting in just three weeks! She also let us in on the fact that it was a little girl on the way, and we couldn’t wait to be introduced to the tiny treasure and, of course, find out what Felicia would name her new little babe. Well, now the little one is here, and her fairy-inspired name is totally mythic.

Felicia made the big arrival announcement via social media (just as she did with her pregnancy news), and the pic she opted for will seriously melt your heart. If you or anyone you know needs a dose of cute to brighten up their day, this is just the image to do the trick.

“Oh yeah Calliope Maeve has hit the world,” Felicia posted on Twitter with her signature cheeky vibe. She also added the adorable deet, “Currently wearing a onesie that says ‘Bard in Training.’ #LessThanThree.” OMG! That could not be more perfect. And we’re talking about both the name and the outfit.

Calliope, for those who’d like a little history/mythology lesson, was the Greek muse of eloquence and epic poetry. Yeah, a fantastically artsy lady of legend.

And that’s not where the namesake awesomeness ends. There’s a special meaning behind Maeve as well, as Felicia reminded us in another tweet, saying, “and Maeve a fairy warrior queen.”

And the pic? Those teeny, tiny precious feet? Too sweet to handle!

Congratulations, Felicia! And welcome to the world, Calliope Maeve!

What do you think about the name Calliope? Tweet us @BritandCo!