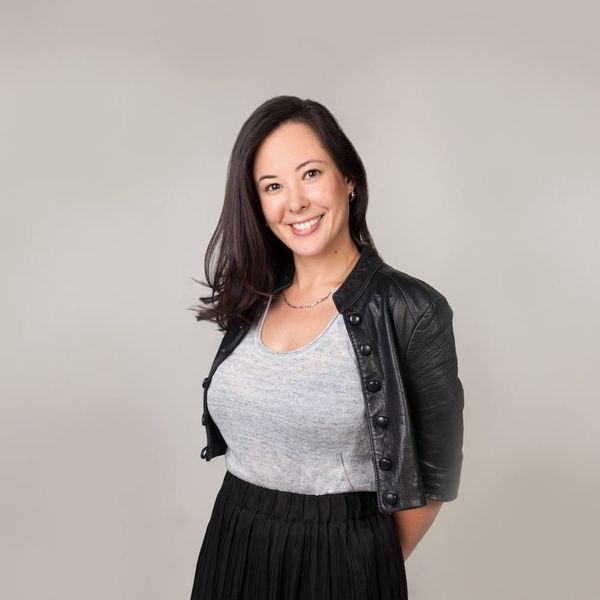 Women are strong — but together, they’re even stronger. Whether it’s celebrities publicly speaking out about women’s’ rights, female CEOs chipping away at the glass ceiling, or Congresswomen wearing suffragette white as a message of solidarity, women have each others backs.

Recent research has shown that while both men and women benefit professionally by having networks, women who also have a close circle of female contacts are more likely to get higher positions and more pay. The researchers believe that since women tend to face more obstacles than men in seeking executive positions, this inner circle is a place for women to share valuable information and experiences to help each other succeed.

As a place to inspire, share information, express creativity, and empower, Pinterest is a platform that has always embraced women. Here are six Pinners and female founders who have built their businesses with a common mission in mind: to empower other women in entrepreneurship, self-care, and self-acceptance.

Bille is a shaving subscription service that provides “razors built for womankind” and the first company to show body hair in their marketing to help promote body hair positivity. The brand also actively combats the pink tax by pricing its razors in line with men’s razor subscriptions and donates one percent of all revenue to women’s causes around the world.

Sanity & Self is a guided self-care app designed to fit in even the busiest woman’s life. Audio sessions in healing, self-discovery, mindfulness, and empowerment range from 2 to 20 minutes, making it easy to incorporate self-care as a regular part of your day. Founder Meng Li recognizes the importance of prioritizing ourselves, inside and out. “When our hearts or minds are wounded, they need to be taken care of — to heal. But because these wounds are often invisible and even stigmatized, we tend to ignore them until the problem is too big. That’s why we created Sanity & Self, the app that is redefining women’s self-care and aiding women in empowering one another to heal, grow, and belong.”

Founded by mother-daughter duo Heidi Crable and Meg Wheeler, One For Women provides curated gift sets for all of life’s moments, both good and bad. They believe small gestures can go a long way — all of the gift sets feature products from women-owned or women-run businesses. In addition, a portion of their proceeds goes back to women’s organizations. Says Wheeler, “We feel really strongly about supporting women. It is a strong piece of our mission, to connect and support women.”

Growing up as the dark-skinned daughter of a Sudanese refugee father and Black activist mother in Topeka, Kansas, Atima Lui felt her complexion never fit into the conventional standards of beauty. She founded Nudest to challenge those standards, starting with the cosmetics color “nude,” which does not match 84 percent of the world’s population. Nudest uses artificial intelligence, built by underrepresented minorities, to help women match their skin tone to beauty products online. “One of my goals in life is to help women with darker skin feel beautiful and accepted,” says Lui.

Raya Reaves founded City Girl Savings to help women achieve financial freedom by providing advice on budgeting, money mindsets, debt help, and more. She says, “We’ve moved to a time where women are now the breadwinners, or at least equal to their partners, if they have one. However, women aren’t opening up about finance like they need to. Because women are focusing on their career, their dreams, and their goals, there needs to be more conversation around money and managing it. Women need to feel like they aren’t alone in their financial independence journey, and the reality is that they aren’t alone! There just isn’t an open dialogue around women and finances yet. I’m working to change that.”
Lesley Chen