Women Are Tackling Workplace Gender Equality by Starting Their Own Companies 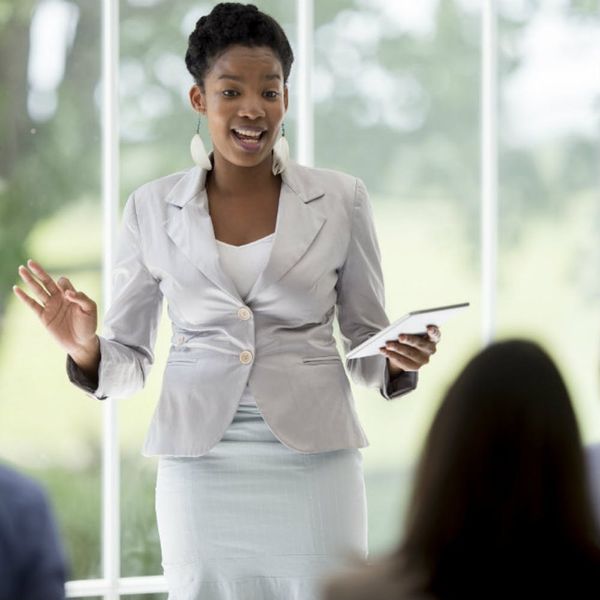 In spite of our collective efforts to advance women’s role in the workplace — not to mention the intense work we put in as individuals in our work environments on a daily basis — it often feels like all the news about the state of the female workforce is, well, bad news. A recent study from LeanIn.org and McKinsey & Company suggests it will take another 100 years for us to achieve gender equality at work, and it seems like there’s an unfounded misunderstanding floating around that women are less ambitious in their careers than our male counterparts. Headlines like these are disheartening at best and anger-inducing at worst, so we’re grateful for every last bit of good news that comes our way about women in the workplace. Today, we’re comin’ atcha with some promising data (at last!), because according to some new insights from LinkedIn, important progress has been made for women in the startup space.

In early November, the professional social network released a list of the top 50 American startups for 2017, 12 percent of which are run by women. While 12 percent may not sound like a lot, it’s actually pretty significant compared to what we see in more traditional businesses. Among Fortune 500 companies, just six percent have women at the helm. These numbers indicate that startups might be the sweet spot in which women can take on the leadership positions they deserve.

“There’s a huge opportunity to define your own success when you start a company, and we see that in the female CEOs of the LinkedIn top startups,” says Laura Lorenzetti Soper, special projects editor at LinkedIn. “They’ve built companies they believe in and a workplace culture that reflects their values.”

According to Soper, more women are starting companies now than seven years ago — nearly 17 percent of startups today have at least one female founder, compared to just 11 percent in 2010. And women are making their mark in a wide range of industries, not just those that have been seen as traditionally female-oriented. While LinkedIn’s top startup list does include consumer brands like Stitch Fix and Glossier, it also features female-run companies in typically male-dominated industries.

“Look at Padmasree Warrior leading the next generation of self-driving cars at NIO or Nicole Eagan heading up the UK cybersecurity firm Darktrace,” says Soper of the diversity of startups led by boss ladies. “We’re seeing a new generation of companies transforming the workplace, starting at the top — and job seekers are taking notice.”

The methodology LinkedIn used to determine these top companies certainly suggests that job seekers in the startup space have already taken notice. Companies considered for the top startup list have been around for 10 years or less, had more than 100 employees, were privately held, and had at least one round of venture-backed funding. Startups that fit these criteria were then judged on employee growth, job seeker interest, engagement with the company and its employees, and ability to attract talent. And while it would be ideal if women were represented in leadership positions across all workplaces the way they are represented in startups, Soper tells us that the increasing interest in emerging female-led businesses is already spurring change in the bigger picture.

“We’re starting to see the trend affect the larger workplace as these female-run companies attract the best talent away from big players like Google, Apple, and Facebook,” she tells us.

How do you think we can take this progress from the startup world and apply it to other kinds of businesses to promote gender equality in the workplace? Tweet us @BritandCo!

Alli Hoff Kosik
Alli Hoff Kosik is a freelance writer who is passionate about reading, running, rainbow sprinkles, her lipstick collection, watching embarrassing reality TV, and drinking pink wine. She lives in Brooklyn with her husband and (in her dreams, at least) three golden retriever puppies. Listen to her talk books on The SSR Podcast.
Career
Work
Career Career Advice Gender study
More From Work