Money Is Important for Attractiveness, but Not in the Way You Think 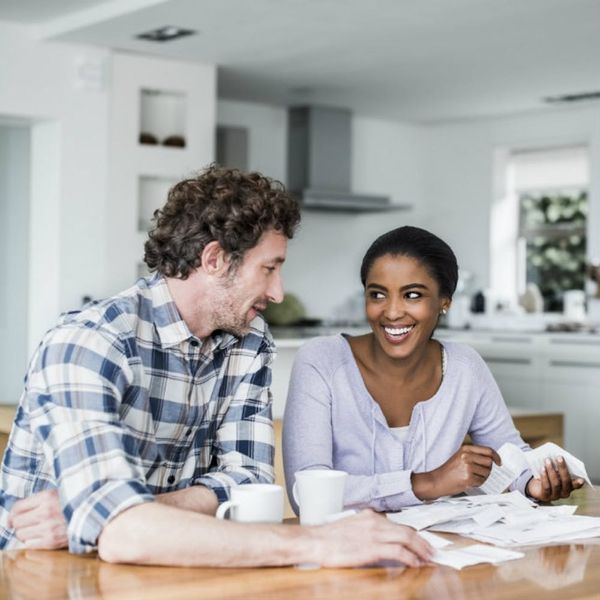 Whether or not your “list” of preferred characteristics in a potential partner is actually kept in list form or is simply a vague collection of positive adjectives in your head, we’re willing to bet you have some sort of list. After all, you’re a girl who knows — and usually gets — what she wants, and you’re not going to waste time dating if you don’t have a pretty clear sense of the kind of attributes you’re seeking in a partner. (BTW, that’s pretty much a recipe for dating fatigue.) We haven’t seen your list, of course, but we have a general idea of what’s on it. You’re looking for someone smart, ambitious, compassionate, thoughtful, and supportive. Maybe you go for goofy and confident too. But do matters of finance make their way onto that list? If so, no judgment — because a new survey from Life Happens indicates that you’re not alone.

Does this information already have you feeling fired up? Relax. According to the results of this survey, the kind of financial success that singles seem to be interested in is a bit less superficial than it sounds. A rep from Life Happens told us that, when asked what they find attractive in a romantic partner, four times as many singles say “responsible with their money” than say “wealthy.” Additionally, singles find being “irresponsible with money” or “financially unfit” more concerning in an S.O. than conventional “unattractiveness” — by 35 points! According to Life Happens CEO Marvin Feldman, “financial fitness” emerged from the survey as the second most important factor in attraction, right after a sense of humor. “In this Instagram-ready world, I would have thought that physical attraction would have come in first,” Feldman tells us. “I find this encouraging as we try to help people get a strong financial foundation in place.”

Essentially, what’s important is not necessarily what’s actually in a potential partner’s bank account. People are looking for partnerships with those who know how to handle their money responsibly and effectively… regardless of how much money they have. Naturally, these factors become increasingly important over the course of a relationship and may not figure into the equation as much early on. “It’s when things become serious and you’re looking to settle down that you have to start asking some of the tougher questions, questions that might make you feel uncomfortable,” Feldman says. “It comes down to being financially aware and asking the appropriate questions, even if they’re the uncomfortable ones. You need to go into a long-term relationship with your eyes and ears wide open.”

If you’re still skeptical about these stats, we’ve got you. Three Day Rule matchmaker Caitlin Bergstein confirms that the findings from Life Happens — and a preference for financial fitness over actual “wealth” — do play out IRL. Most clients, she tells us, are seeking partners who are financially stable more than wealthy. She is “typically told that it’s more important that [the] person is driven, motivated, and responsible.”

“Fiscal responsibility shows that a [person] won’t be reliant on their partner or racking up credit card debt, which can really minimize the stress in a relationship,” Bergstein says. “Being wealthy — while certainly appealing to some — does not necessarily reflect these same qualities. If someone is wealthy but spends irresponsibly, there’s a chance of ending up in a bad situation down the road if, for some reason, that wealth dries up.”

How important to you is financial fitness in a partner? Tweet us @BritandCo!

From Your Site Articles
Alli Hoff Kosik
Alli Hoff Kosik is a freelance writer who is passionate about reading, running, rainbow sprinkles, her lipstick collection, watching embarrassing reality TV, and drinking pink wine. She lives in Brooklyn with her husband and (in her dreams, at least) three golden retriever puppies. Listen to her talk books on The SSR Podcast.
Dating
Relationships
Dating money Relationship Advice
More From Relationships