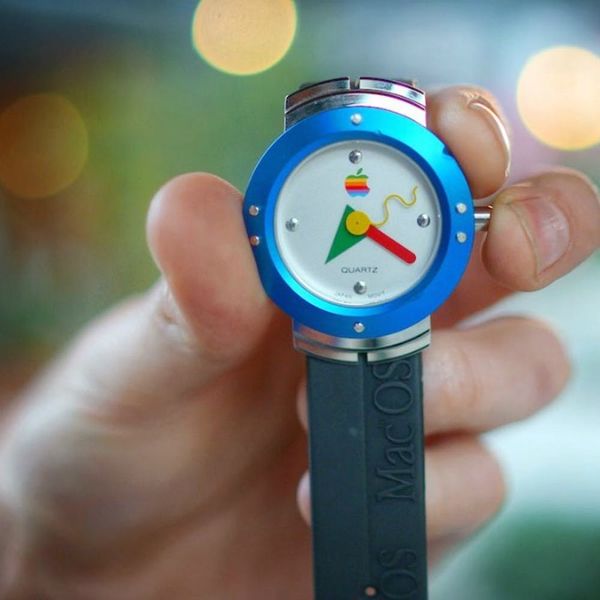 While everyone has been gearing up and getting excited about the Apple Watch, which is said to be released later this year, it turns out we’re all a little behind the times. You see, the Apple Watch of 2015 isn’t the first or only Apple Watch out there. A similar device was made by Cupertino, the same company producing the modern day wearable, in 1995.

The custom wristwatch featured aluminum bezel, scratch-resistant glass, a blue metallic finish, a delightfully ’90s wavy second hand and the old rainbow Apple logo. Take a look at the throwback tech and get ready for a blast from the past.

Supposedly, the original watch was offered as an incentive to get users to upgrade to the Mac OS System 7.5. And you can get your hands on one again, though you’ll have to add your name to a waitlist. It turns out old school tech is pretty popular these days. We think you’re probably better off holding out for the new thing, but hey, a little old school charm never hurt anyone.

Is your mind blown by this new discovery? Any interest in the old Apple Watch? Tell us below!

Nora Landis-Shack
Nora is a writer, photographer, foodie and feminist. After living in New York City for 23 years, she recently moved San Francisco and can't wait to explore. When she's not pursuing her interests in health and technology, she loves hiking, yoga, playing piano and squealing over kittens as an ASPCA volunteer.
Apple
Tech
Apple Design MAC
More From Tech