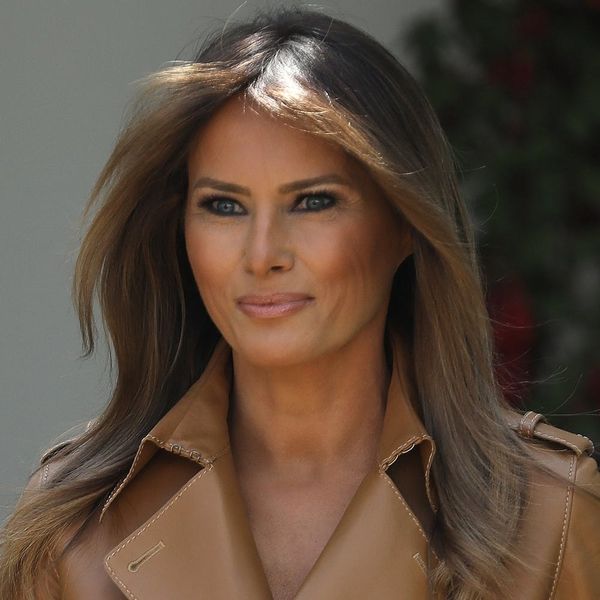 Melania Trump is recovering in the hospital after undergoing “an embolization procedure to treat a benign kidney condition,” the White House said in a statement on Monday, May 14.

Stephanie Grisham, the First Lady’s director of communications, said that the procedure was successful and there were no complications, and that Mrs. Trump would likely remain at Walter Reed National Military Medical Center “for the duration of the week.”

Grisham also told CBS News that President Donald Trump would visit his wife at the medical center sometime today. President Trump added in a tweet that the First Lady was in “good spirits.”

The White House didn’t offer any details about the nature of Mrs. Trump’s kidney condition, but the fact that it was benign means that it was not cancerous. CBS News chief medical correspondent Dr. Jon LaPook described embolization as a procedure to “[cut] off the arterial blood supply to something. … [Doctors] put some substance into an artery that’s feeding whatever this benign condition is that they’re treating and then that cuts off the blood supply, cuts off the oxygen, and whatever they’re treating would presumably shrink.”

According to the White House statement, “the First Lady looks forward to a full recovery so she can continue her work on behalf of children everywhere.”

The work mentioned there is a reference to Melania Trump’s #BeBest initiative, which she launched to help children be their best selves. The campaign includes three pillars: well being, social media use, and opioid abuse. “When children learn positive online behaviors early on, social media can be used in productive ways and can effect positive change,” the First Lady said at the launch ceremony. “I do believe the children should be both seen and heard.”

Desiree O
Desirée O is a ‘Professional Bohemian’ who loves anything and everything related to the arts, entertainment, and pop culture. She ADORES being a ‘Newsy’ for Brit + Co, covering all of the latest tidbits of awesomeness that you want to read about. When she’s not writing, she’s either making messy art, going on long adventurous walks with her camera, or poking around over at bohemianizm (http://www.bohemianizm.com/). You can find out about Desirée O and her work at http://DesireeO.com/ or follow her on Twitter @DesireeO.
Womens Health
Current Events
Womens Health
More From Current Events