The Next Big Thing in Bridal Hair Accessories Is… Flying Veils?! 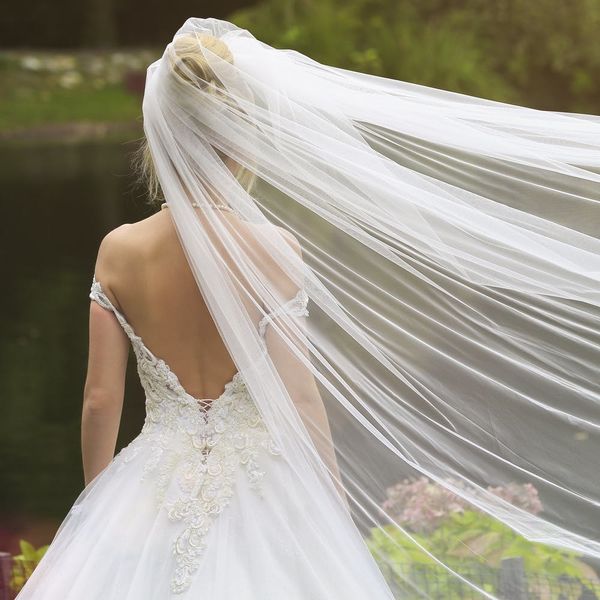 Something old, something new, something borrowed, something blue… and something airborne?! That’s right — at least if you’re one of the brides in China getting in on a brand new wedding craze.

The world was captivated last week when a Facebook video shared to The Shanghaist showed a trend, which reportedly began back in January, in which a bride’s veil literally flies across the room — on its own! — at high speeds before gracefully dropping directly over her head.

According to BuzzFeed, there’s more to this little trick of the mind than meets the eye. While the accessory appears to be levitating unaided, there’s actually a mechanism behind it, as the veil is attached to invisible strings hanging from rails on the ceiling.

While there’s no explanation as of yet for how, exactly, the elegant piece of fabric manages to detach from the rails before landing oh-so-perfectly on the head of the bride, it was no matter to people on Twitter, as the video has racked up more than six million views to date and counting.

It’s official.. I’m not getting married if my veil isn’t flying 🤷🏽‍♀️ Sorry not sorry. https://t.co/pHkHUX56YZ

Wow I'm not having a wedding unless there's a flying veil that drops on me from the sky as I'm walking down the aisle. https://t.co/bwzN67OtMH

You can’t tell me no to anything! I’m the bride I get whatever I want!! Flying veil here I come

I thought I wanted a simple wedding but god damn if I don’t suddenly want a flying veil https://t.co/vZkzrcjF3p

Would you rock a flying veil? Sound off over @BritandCo

Nicole Briese
Nicole is the weekend editor for Brit + Co who loves bringing you all the latest buzz. When she's not busy typing away into the wee hours, you can usually find her canoodling with her fur babies, rooting around in a bookstore, or rocking out at a concert of some sort (Guns N' Roses forever!). Check out all her latest musings and past work at nicolebjean.com.
Wedding Style
Wedding Style
Wedding Style Wedding Trends Weddings
More From Wedding Style