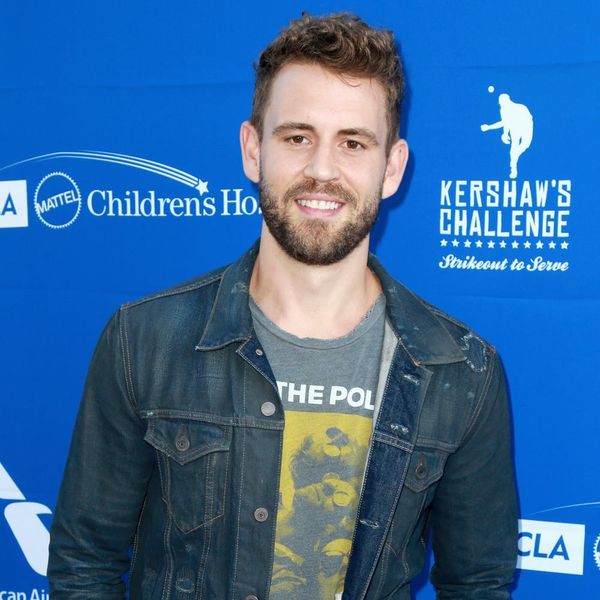 When The Bachelor‘s Nick Viall and Vanessa Grimaldi split in August, five months after their engagement aired on TV, some fans speculated that the two-time Bachelorette runner-up might return to the franchise for yet another shot at love. He didn’t, of course — Arie Luyendyk Jr. will star in season 22 — but he will be returning to the small screen for a role unlike any of his previous reality TV experiences.

According to Deadline, Viall will return to ABC for a guest spot alongside Minnie Driver (who plays Maya DiMeo) on the current second season of the hit comedy Speechless.

Driver hinted at Viall’s stint on the show a few days ago, posting an Instagram of him alongside her TV husband John Ross Bowie (who plays Jimmy DiMeo). Driver joked that Bowie “didn’t get a rose.”

Viall will not be portraying a version of his reality TV self, however — Deadline says his character, Tyson (he’s SUCH a Tyson!) is a “hunky B-movie actor who takes his craft way too seriously.” Tyson befriends the DiMeo family’s son JJ on a set and finds himself pulling out all the acting stops to help get JJ out of some trouble.

Viall, of course, has lots of TV experience under his belt, after four Bachelor franchise roles (The Bachelor season 21, The Bachelorette seasons 10 and 11, and Bachelor inParadise season three) and a Dancing With the Stars season 24 stint (he and pro partner Peta Murgatroyd were eliminated in the seventh episode). He is currently single and not loving it.

Speechless airs Wednesdays at 8:30pm on ABC, and Viall’s episode is slated to air in late November.

Will you watch Nick Viall try his hand at acting on Speechless? Let us know @BritandCo!