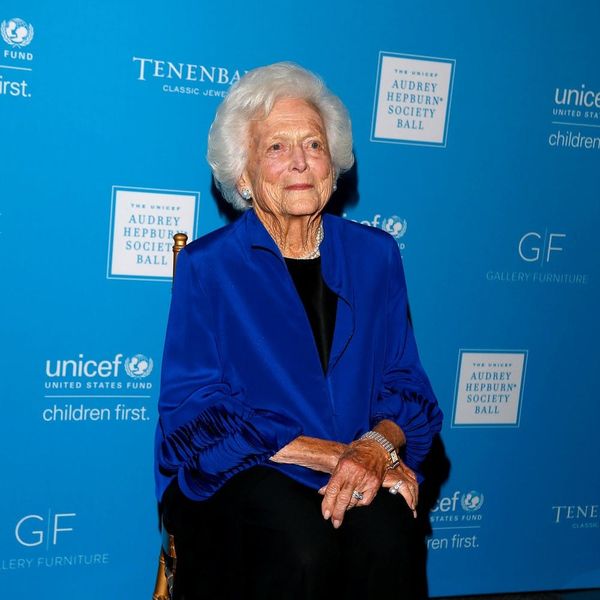 Former First Lady Barbara Bush passed away on Tuesday at the age of 92, leaving behind a complicated legacy that was in turns surprising, groundbreaking, shocking, and caring. Besides being only the second woman in US history to be both a wife and a mother to a president, Bush’s lifelong candor and strong convictions will help solidify her place in history as one of the most outspoken and supportive first ladies to occupy the White House.

Bush first entered DC as ‘second lady’ while her husband acted as vice president in the 1980s. At the time, spurred on by her son Neil Bush’s dyslexia, Bush championed childhood literacy programs. When her husband became president in 1989, Bush founded the Barbara Bush Foundation for Family Literacy, a charity that still operates today and has helped thousands overcome educational obstacles in their lives.

“The American Dream is about equal opportunity for everyone who works hard,” she’s quoted as saying on the nonprofit’s website. “If we don’t give everyone the ability to simply read and write, then we aren’t giving everyone an equal chance to succeed.”

Bush also worked tirelessly to support families living with AIDS, something that was surprising for many Republicans in the 1980s and 90s. At a time when HIV and AIDS were not fully understood, Bush visited Grandma’s House, a respite home for children with the disease where she would famously hug and kiss the kids living there.

“You can hug and pick up AIDS babies and people who have the HIV virus,” she famously said. “There is a need for compassion.”

And Bush’s compassion spread to women seeking to control their own bodies and reproduction. Bush famously broke with Republican tradition as a pro-choice supporter of Planned Parenthood. Although her family downplayed that part of her life, Bush had always been an advocate of sex education and access to safe and legal abortions, even if her husband and son’s administrative policies didn’t.

Of course, as with any political figure, Bush also had some controversy in her life. After it was announced that she would be the commencement speaker at Wellesley College in 1990, the women graduating were angry that a first lady would be offered the honor of speaking, believing that she was asked to give the address based on her husband’s merit as president and not her own life’s work.

Undeterred, Bush gave her address and quipped, “somewhere out in this audience may even be someone who will one day follow in my footsteps, and preside over the White House as the president’s spouse.”

(Photo by Bob Levey/Getty Images for U.S. Fund for UNICEF)