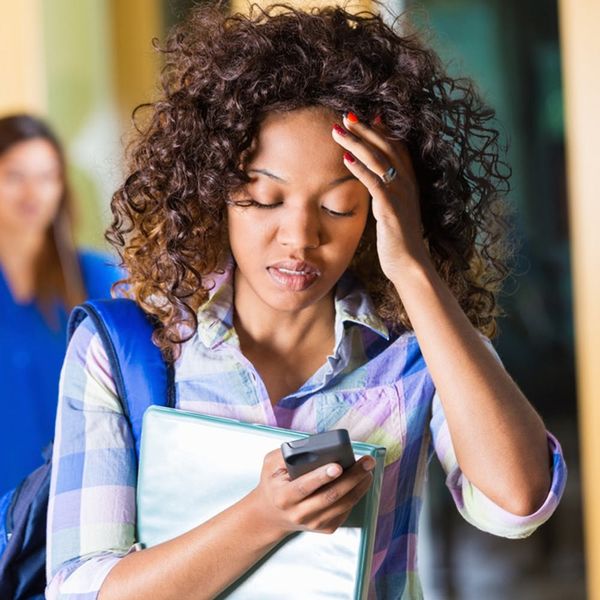 Even if you’ve studied up on ways to practice cyber security while traveling and diligently nixed the most commonly hacked passwords, it’s still pretty common for your social media accounts to be compromised. When we’re looking for someone to blame, our minds tend to go to anonymous college kids in black hoodies, or, if you’re President Trump, you might think of a 400-pound man sitting on his bed. But the truth is that hackers are way closer to you than you ever imagined, and figuring out their identity can be as easy as checking your fave contacts.

New research from the University of British Columbia suggests that it’s not strangers you should be worried about — it’s your friends and family. They surveyed 1,308 Facebook users and discovered that a whopping 24 percent of respondents were guilty of creeping on the Facebook accounts of their friends and family. The researchers called this “social insider attacks,” since the “hacker” has personal stakes in their crime and comes from the victim’s inner circle.

According to the survey results, some of the hackers confessed they were motivated by feelings of jealousy and animosity. Other hackers were concerned parents who wanted more access to their child’s online life, along with well-meaning friends looking to play a “prank.” However, the reported consequences of the hacking were no joking matter — many victims experienced embarrassment, anger and the loss of a “sense of privacy.” In more serious cases, the hacking actually fueled breakups.

Looking to prevent a hack? The researchers suggest locking your devices when you’re not using them, even during short breaks, like when you’re taking a shower. They also strongly recommend changing your passwords regularly. Of course, remembering all those new passwords can be a doozy, so make sure to check out our tricks to ensure you’ll never forget a password.

Angela Velez
Angela is an MFA Fiction candidate at the University of Pittsburgh. You can find her reading obsessively, wandering bookstores and watching melodramatic television.
Entertainment
More From Entertainment