From AIM to Tumblr, 4 Millennial Women Share How the Internet Saved Their Lives 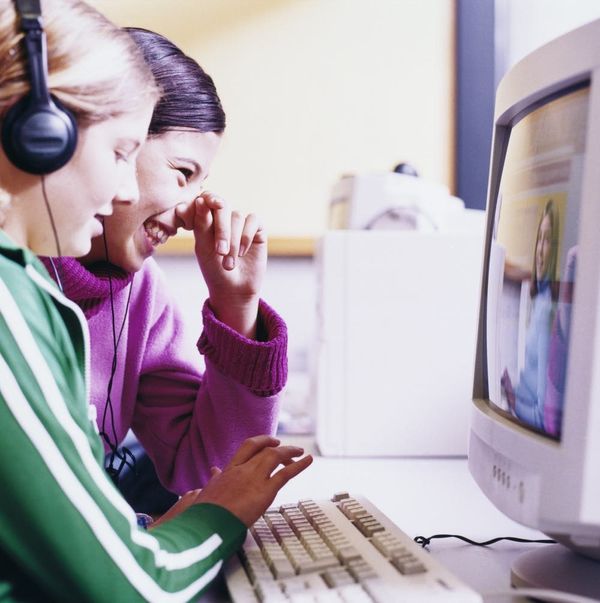 The internet released a collective sigh of nostalgia when, a few weeks ago, AOL Instant Messenger (AIM) announced it would be saying “goodbye” after 20 years. More than an instant messenger, AIM was, for many, the first true social media platform. A hallmark of some of our earliest memorable experiences online, AIM was a venue where many of us (amidst cryptic away messages with emo song lyrics) deeply connected with others from behind our screens but more importantly, connected with ourselves.

In honor of the corners of the internet that shaped us into who we are today, we talked to four women about their most profound online experiences — and how community online spaces played a role in their personal development, mental health, and even the direction of their lives.

“I was born in 1990, so I basically grew up along with the internet,” Zoë tells Brit + Co. “It’s really hard to overstate how much being online has impacted my life — the internet is where I lived and found out about everything.”

Though Zoë remembers using her dad’s computer for projects in elementary school, the internet became a more regular — and impactful — part of her life during adolescence. “When I was 11 or 12, I got really into the brand Emily the Strange, which was sold at Hot Topic,” she said. “There was a website where you could play little Flash games about Emily, and I’d stay up really late exploring with this character who I felt such an affinity with because she was cool for being an outcast.” Zoë recalls a sense of wonderment as she explored Emily’s world in a way she could only do online.

In high school, Zoë’s internet experience became more personal on a message board for her favorite band at the time, The Decemberists. “I thought, ‘Wow, I can go on this website and meet a bunch of other people who are really obsessed with this thing I’m obsessed with,’” she said. “I could get as excited about this band as I wanted, and no one thought it was weird.”

Zoë found that the real community happened in the “off-topic” section of the message board, where members would share more personal parts of their lives. “We had a mutual trust because we’d established a shared interest, so we talked about very personal things,” she said. “I really felt people understood me.” Over the four years Zoë participated in the message board, she made several close IRL friends, and even a roommate.

These days, Zoë says she has a fraught relationship with the internet, which is both a crucial tool for her work as a journalist and a common distraction. Looking back at the ways being online has shaped her, she’s disappointed in the monetization of online space. “I’ve become sad as I’ve seen the community aspect of the internet change, which was inevitable under capitalism,” she said. “The internet was once in some ways pure and beautiful and true, and now much of that has been sold out by commercialism.”

Still, she’s found corners of light, sacred spaces where she can authentically connect with others — like a small, private Facebook group in which members post photos about their lives.

“I feel very deeply connected to these people, who are almost all strangers; we share a lot of intense personal stories,” Zoë said. “It’s a truly safe space, and right now that’s so rare on the internet.”

Like Zoë, Lia’s first internet memories involved school projects and homework — but her experience got personal with instant messaging.

“It was a badge of honor once you got everyone’s usernames, because that meant everyone wanted to be your friend,” she said. Though she had some positive experiences connecting online, Lia shared she also experience cyberbullying on Facebook. “My parents swore they’d never let me get a Facebook until I was 13, and I grew up as one of those kids who read and watched TV more because my time on the internet was monitored,” she said.

As she got older, she spent more time surfing the Web. She says that though she was too young for the golden era of internet chat rooms, she experienced a similar sense of solidarity on Tumblr: “I was pretty lonely in high school, but the people I mutually followed on Tumblr shared my interests and blogged about feeling overwhelmed and depressed with the cyclical pattern of high school.”

The internet — specifically, a blog called Autostraddle — became a support system for Lia in high school when she came out as queer. “It was a godsend to know there were other queer women out there feeling similarly to how I was feeling,” she said. “It also prepared me for what life would be like in college, once I met friends who identified as trans or genderqueer/gender non-conforming because up until that point my experience with gay culture had been limited to the cis, white gay male experience.”

Lia found solace in Soundcloud and social media after moving across the country for college. “I got a weird sense of validation from how funny I could be on Facebook, Twitter, or Snapchat, which reinforced this new identity I created when I moved away from home,” she said.

While the internet has profound effects on Lia in different seasons of her life, she recognizes it might also be isolating. “After reading something about how time spent on the internet could lead to feeling lonely or disconnected in the outside world, I resolved to keep my usage to a minimum, with middling results,” she said. “I try and make time for part of my day to be spent offline, because it gets overwhelming to always be ‘on.’”

During her struggle with infertility, Sarah found community on a fertility message board, which she says kept her from feeling isolated during a difficult time. “I had a few friends from the message board who went through the same issues and treatments we did and had a baby about a year before we did,” she said. “I may not have had anyone going through what I was in my location, but having such a huge network of people ensured there was someone I knew personally who shared my experience.”

By the time Sarah had her baby in 2016, she felt more than prepared, thanks in part to information from the community on the message board along with a blog she followed for more than a decade.

“This blogger dealt with all sorts of stuff, but included in her life was also infertility, depression, and anxiety. I’ve read this blog since its inception and have learned gobs about pregnancy, postpartum, and parenting,” she said. “It was like ‘what to expect’ during pregnancy from a human who was actually writing it while pregnant and not physicians writing a textbook.”

Daje’s first emotionally memorable experience online happened in the chatrooms of an online gaming platform called Gamespy, where she gamed with both in-real-life and anonymous friends.

“As a 12-year-old, I found myself delving into these spaces where people shared their most haunting experiences from the real world. Many of my new ‘friends’ shared of their loneliness and their desire for people to understand them,” she said.

In every chat room, Daje said she found a common denominator: “These forbidden (and often dangerous) conversations showed me that the internet was just an invisible space full of people who wanted to be seen, known, and loved.”

Later on, Daje got her first Blogspot, Neopets, Hi5, and Myspace accounts, which reinforced that — even from behind a username or false identity — people were looking for a safe space in corners of the world where they could be anything they wanted to be. Daje says she even engaged with others through a false persona at one point.

“I remember creating a person behind a picture of a brown-skinned, curly-haired model and hiding behind a username,” she said. “After my parents banned me from the internet for a while, I realized just how superficial it was to feel the need to hide behind so many identities.”

After a period of reflection and growth, Daje ventured back into the world of social media at age 16 on Facebook and Tumblr. “These became spaces where I struggled with the concept that I was enough, but I fought to stay real despite my insecurities. Even now, I struggle with the balance of curating spaces of beauty and tactfully revealing, connecting on, and sharing in the realness of being human,” she said.

What was your most impactful experience online? Let us know @BritandCo.

Ashley Abramson
Ashley Abramson is a writer/mom hybrid from Minneapolis, MN. Find her online at ashleyabramson.com or on Twitter @ashleyabrmsn.
Empowerment
More From Empowerment