Fyre Festival Was So Disastrous It Had to Be Cancelled 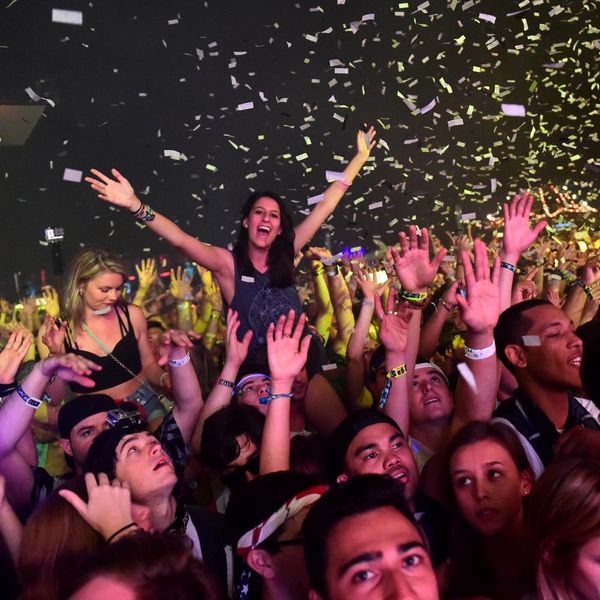 Not every festival can be Coachella. If you’ve been on the internet at all today, then you’ve surely seen buzz about the latest would-be mega music event, #FyreFestival. What was meant to be a luxe-filled experience (for those who could afford it) has instead turned into a sitch that’s so unfortunate, people are wondering if it was ever real to begin with.

Fyre Festival sold tickets to eager culture lovers for thousands of dollars (up to $12,000 in some cases — yowza!) for two weekends of music, art, and food. Held in the Bahamas, wealthy millennials flocked to what promised to be a tropical paradise on snazzy planes to what was surely going to be a totally lit party.

But when they arrived, things were… less than spectacular. In fact, quite frankly? They were downright brutal.

So Fyre Fest is a complete disaster. Mass chaos. No organization. No one knows where to go. There are no villas, just a disaster tent city. pic.twitter.com/1lSWtnk7cA

It quickly became clear that the fest was not only unprepared for its influx of attendees, but it was far from luxurious, with complaints running the gamut of disasters. From missing luggage, thanks to bags being dropped out of a shipping container in the middle of the night, to tents that were more suited for relief efforts than luxury accommodations (that is, when they actually stayed in place and didn’t blow away or leak), and a staff that was completely MIA, the sitch was dire.

The “gourmet food experience” was also hard to swallow, as folks were served sandwiches filled with nothing except cheese slices and dressing-less “salad.”

As it became more than a little obvious that the festival was in shambles, disappointed travelers attempted to make their way back home. Yet even leaving wasn’t easy (to say the least): Anyone who managed to make it to the airport soon wished that they hadn’t, as reports flooded in via Twitter of customers being packed in, locked in (!!!), and left in the overheated departure area until one dude actually fainted. If customers did manage to snag a spot on a plane in the vicinity, they weren’t going anywhere anytime fast, waiting for hours on end only to be removed from the plane.

Due to unforeseen and extenuating circumstances, Fyre Festival has been fully postponed (con't)

After assessing the situation this morning and looking at best options for our guests, we cannot move forward as we hoped we could (con't)

At this time, we are working tirelessly to get flights scheduled and get all travelers home safely

While some people are simply stunned by the entire situation, others can’t help but wonder if it’s actually legit, wondering if it wasn’t a staged event to teach us all a lesson about capitalism.

Whatever happened, one thing is clear: It was one giant, friggin’ mess! The Bahamas Ministry of Tourism even felt compelled to address the situation, saying, “We are extremely disappointed in the way the events unfolded… with the Fyre Festival,” adding, “We offer a heartfelt apology to all who traveled to our country for this event.”

What do you think about the entire Fyre Festival situation? Let us know @BritandCo!