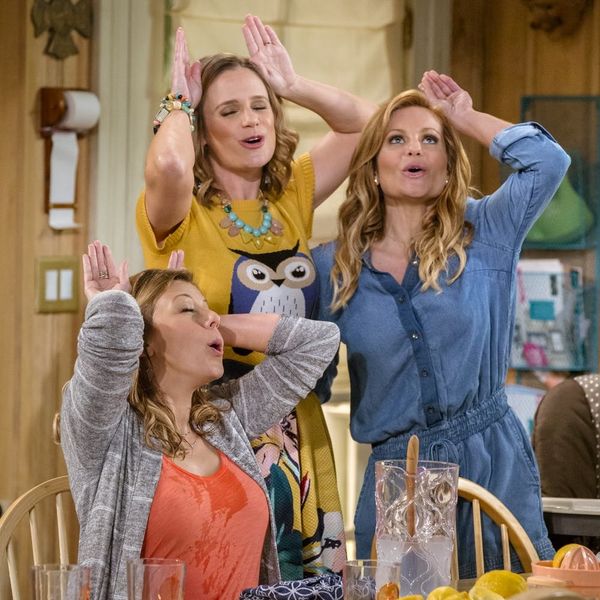 When Fuller House season 3 first arrived on Netflix in September, only the first nine episodes were made available, leaving fans eager for the rest to arrive. Thanks to Candace Cameron Bure, we now know that part two of season 3 arrives just in time for the holidays on December 22, and in the new trailer that just dropped, we get a look at some pretty major events that are set to unfold. (Potential spoilers ahead!)

The trailer starts out with the usual goofy family goodness we’ve come to love from the Tanner family, promising more “hugs, original dance numbers, and cute babies with dogs” in the rest of season 3. But then: record scratch! The rest of what’s in store for the season will “blow your mind.”

First, we see the Tanners taking off on a trip to Tokyo, presumably for Steve’s wedding. Then we get a hint that SOMEONE is planning for a baby! “My oven is pre-heated and ready to easy-bake,” Kimmy says to Stephanie. “We’re getting pregnant!” We learned in earlier episodes that Steph is unable to have kids, so our guess is that Kimmy is going to be a surrogate.

We also get a glimpse of DJ in a wedding dress after Matt is seen getting down on one knee. But it sounds like Steve isn’t ready to let her go just yet. “What if DJ really was going to pick me?” he says, referring to a previous cliffhanger. “This could be our wedding!”

It’s safe to say a LOT will be happening in the last nine episodes of season 3! Check out the full trailer below, and tune in to Netflix on December 22 to see how everything shakes out.

Are you excited for the second half of season 3? Tell us @BritandCo!