What Really Burns About the New Fyre Festival Details 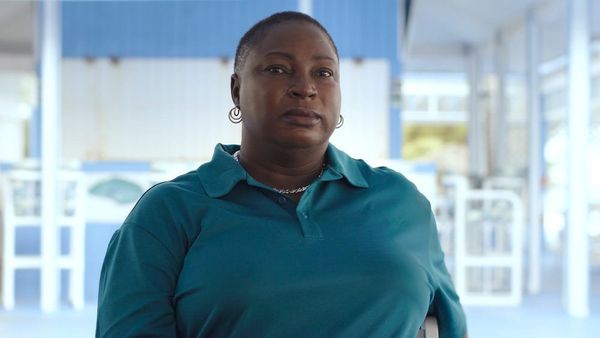 Nearly two years after the disaster that was Fyre Festival, the failed event is a hotter topic than ever. Thanks to the release of two new documentaries, Netflix’s Fyre: The Greatest Party That Never Happened and Hulu’s Fyre Fraud, the internet is once again abuzz over what went so catastrophically, unbelievably wrong.

The basic backstory provided in each documentary is more or less the same: In 2017, Billy McFarland joined forces with Ja Rule to put on a “luxury” music festival in the Bahamas. The purpose of the festival was to promote Fyre, a website and app that would allow easy access for booking talent. Both docs make it clear that there was a target market: rich millennials.

Where the documentaries differ is in how they tell the story from there. Netflix’s Fyre: The Greatest Party That Never Happened is a fast-paced account that attempts to answer the question: “What was Fyre Festival?” If you missed all the uproar when the event first went up in flames, the “play-by-play” format of the documentary is an excellent way to learn about it from the people who were responsible for trying to make it happen.

Hulu’s Fyre Fraud, meanwhile, focuses more on McFarland, who is now serving a six-year sentence in federal prison for wire fraud charges related to his role in the festival. It shows how he got his start as an entrepreneur, how he was able to scam so many people, and his seeming lack of remorse for the damage he did. It also features an interview with McFarland himself.

Each of the documentaries could stand on its own, but to get a fuller picture of the Fyre Festival experience, you should watch them together.

One thread that’s common to both is how the festival affected the Bahamian people, which is a part of the story that went largely underreported when the event happened back in 2017. We knew, of course, how the failed getaway affected people who bought tickets, but we hadn’t seen the toll it took on the island itself or the very real aftermath for the residents of Great Exuma.

As seen in both documentaries, Exuma locals worked for weeks trying to deliver on McFarland’s impossible promises, and when everything went wrong, they were not only abandoned without pay but also left to tend to crowds of angry, intoxicated festival-goers.

One particularly infuriating example of Fyre Festival’s effect on the Bahamian community comes toward the end of Netflix’s doc. According to Fyre, local restaurant owner Maryann Rolle was tasked with catering thousands of meals for the hundreds of staffers working to construct the festival site in the weeks leading up to the main event — for which she says she received no compensation.

“I had 10 persons working for me just preparing food all day and all night, 24 hours,” Rolle recalls in the Netflix documentary. “I literally had to pay all those people. … I went through about $50,000 of my savings that I could’ve had for a rainy day. They just wiped it out and never looked back.”

Rolle’s story sparked a huge response online. After Fyre debuted on Netflix in January, viewers donated thousands of dollars to a verified GoFundMe account to pay her for her work. To date, the campaign has raised more than $218,000 — far more than its original $123,000 goal.

(photos via Netflix + courtesy of The Cinemart/Hulu)

Kit Stone
Kit Stone is a multimedia storyteller, Law & Order SVU aficionado, and an avid consumer of cheese. When she's not curled up in a blanket watching The Golden Girls, you can find her roaming the streets, camera in hand, looking for her next story.
Netflix
Streaming
Netflix Streaming
More From Streaming