WTF: How Gender Stereotypes Are As Bad As They Were 30 Years Ago 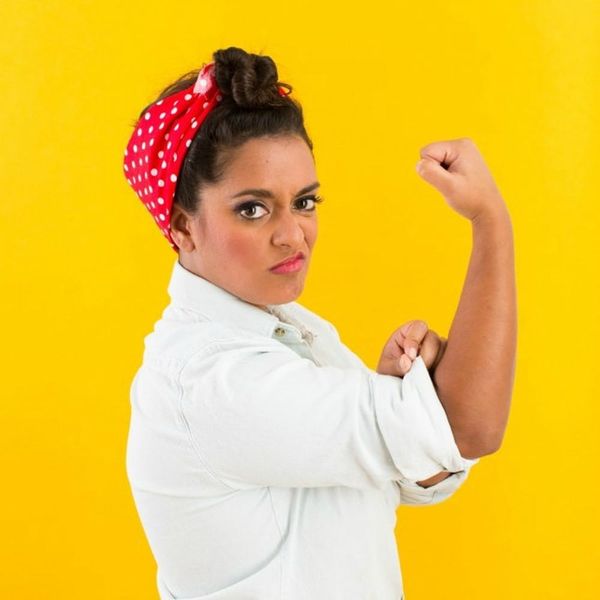 How we think about gender roles has completely changed since the ’80s, from the gender divide shrinking historically male-dominated scientific fields to #girlboss celebrities like J.Law sharing their views on the gender wage gap in Hollywood. Nevertheless, every so often, when we watch a particularly gender-exclusive TV ad or we feel like sexism is stifling our creativity at work, we find ourselves wondering if we’ve really ditched the gender stereotypes of yesteryear. A new study published in Psychology of Women Quarterly set out to answer this exact question, and we couldn’t be more disappointed in what they found.

The researchers, led by Elizabeth L. Haines of William Paterson University, decided to test how gender stereotypes have changed in the last 30 years by duplicating a survey administered in 1983 with a new sample of modern participants. Each participant was asked to rate the likelihood that a typical man or woman would have a set of classically male or female characteristics, which included everything from “tending to the house” to “having a deep voice.”

Gender Stereotypes Are Just As Bad They Were in 1983

Although most people would assume that we have squashed some of the gendered stereotypes that were prevalent in generations past, that was far from the case. In fact, the researchers found that despite a greater diversity of participants in the 2014 sample, the gender stereotypes were just as strong, if not stronger, today than they were 30 years ago. “Changes in the activities and representation of women and men in society have unquestionably occurred since the early 1980s; however, those changes apparently have not been sufficient to alter strongly held and seemingly functional beliefs about the basic social category of gender,” the research team says in a news release.

But surely, with all the empowering messages for women frequenting our news feeds, the women in this study must have thought less stereotypically about the role of their own gender in society, right? Unfortunately, no. In the 2014 sample, both women and men were equal in perpetuating gender stereotypes — even about themselves.

Although this may seem like a huge blow to the feminist movement, this study sparks an important conversation about gender bias. Yes, positive changes have been made over the last few decades to improve equality between the genders. More people support equality, but that doesn’t mean that the gender stereotypes that we have all grown up with (we’re looking at you, toy companies and sports magazines) aren’t deeply embedded in our minds and culture.

Although it’s unlikely that we can crush every gender stereotype with a reply tweet or a Facebook like, we can affect lasting change by opening up and talking about the problem. Hopefully, we can move past twentieth-century gender assumptions very soon.

Do you think traditional gender roles are really as bad today as they were in 1983? Tweet us your comments by mentioning @BritandCo.

Ashley Macey
Ashley Macey is a lifestyle freelance writer who loves all things fitness, wellness, and creativity. When she's not exploring her home in the Pacific Northwest with her dog Max, you'll probably find her curled up with a good book and some hot tea. Follow her daily jaunts on Twitter.
Feminism
Home News
Feminism science study
More From Home News