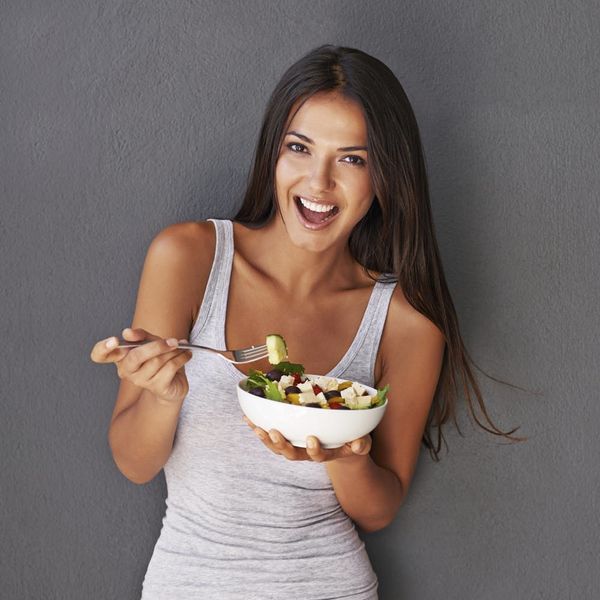 Sprinkled-on superfoods, the paleo diet, going vegan like Beyoncé, juice cleanses — there are tons of different ways for you to get your nutrition on. While trying to eat healthier or “cleaner” definitely comes from a good place, sometimes these fad diets can actually do more harm than good. One of the biggest diet trends at the moment is the Paleo Diet, which consists of foods that ancient humans were presumed to have eaten. You’ll find a lot of meats, fish, fruits and veggies — but in the grand scheme of human existence, it may not really be as accurate as we thought. An anthropological study done by biology professor Stephen Le in his book, 100 Million Years of Food: What Our Ancestors Ate and Why It Matters Today, (read about the book and Le’s research in this article) shows that fad diets might actually do more damage than good on an individual level.

When Le first noticed that Asians moving to Western countries had an uptick in breast and prostate cancers, he started investigating. While as a collective whole, contemporary humans don’t really consume that many more calories than our prehistoric ancestors (win!), and despite the fact that we’re much more sedentary, we expel about the same amount of energy thanks to our evolved metabolisms. All of those things being equal, Le surmised that what’s really causing problems these days is that our environmental adaptations (technology, industry) have far outweighed our genetic ones. Simply put: The globalization of diets could be hurting us, as our genetics might not have evolved similarly.

Dr. Le’a biggest point is that what’s good for YOU might not be good for everyone.“Trying to understand human nutrition and health without understanding evolution,” he writes in his book, “is like trying to eavesdrop on a snippet of conversation without knowing the context. It… can be very misleading.” The logic behind the Mediterranean Diet, for example, works for those who are of that descent; he points out those in the region have adapted over years and years of exposure to process olive oil differently than, say, someone of African descent.

So what’s a human to do? According to an interview with MacLeans, Dr. Le advises that for health and longevity, you should “eat like your great-great-great-great grandparent” would’ve eaten. Of course, no matter what healthy diet you ask, processed foods are generally a no-go (sorry, delicious Cheetos) since it’s likely your ancestor wouldn’t have eaten them.

Another extremely interesting point Dr. Le makes is that we have an ideological fanaticism about vegetables being health food — but relative to other things like fruits and meats, veggies were a pretty recent introduction into our diets. Many vegetables contain natural toxins — like the cyanide you’ll find in lima beans — and our ancestors would have had to combat those factors by cooking veggies before they could be safely eaten. Therefore, Le argues that those leafy greens might not deserve the pedestal we’ve placed them on (blasphemy!) — though they’re by no means BAD for you.“We tend to look at vegetables as medicine,” he says. “There’s a veneer of science. But as long as we’re eating an adequately balanced diet, there’s no fear of non-nutrition.”