Georgia Voters: Here’s How to Legally Vote Even if You’re on Brian Kemp’s Can’t-Vote List 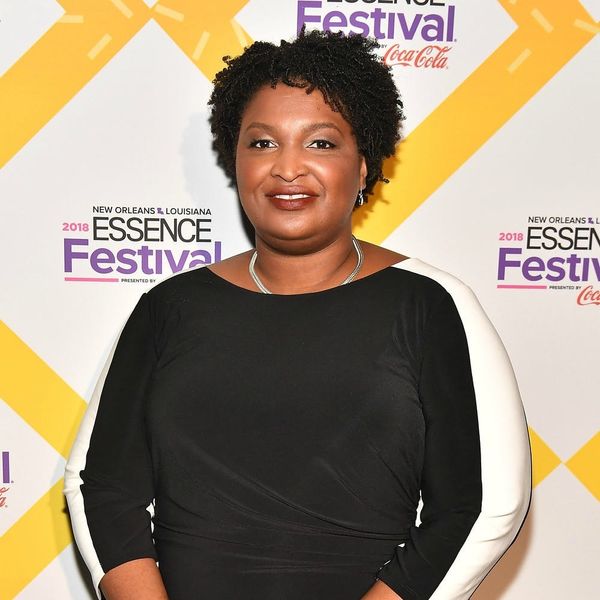 The Georgia Governor’s race is making even more headlines this week — and not just because Democratic hopeful Stacey Abrams could become the US’s first-ever Black woman governor. News spread Thursday that the Republican candidate, current Georgia Secretary of State Brian Kemp, has been accused of using his position to suppress votes and suspending more than 50,000 voters’ applications. But the state’s ACLU says that registered voters can still vote on election day.

Using the state’s “exact match” law, Kemp has frozen 53,000 names from voting in the November midterms. The law states that if your ID and your voter registration card don’t match exactly, you will be barred from voting. Essentially, this means that if your name is Renee Smith on your driver’s license but Renée Smith on your voter registration card, your voting rights are frozen in the state.

And while the issue in and of itself is sticky, the Associated Press analyzed the names on the list and found that 70 percent of those frozen voter IDs are Black Georgians, even though only 30 percent of the state’s voter rolls are Black. Black voters are expected to make a huge difference on Abrams run at the Governorship.

Georgia’s local ACLU released a statement on Thursday afternoon to remind voters that even if their registration is frozen or “pending,” voters in the state can still cast a legal ballot on election day.

“The Secretary of State’s Office has confirmed that if your voter registration application is deemed ‘pending’ because of the exact match law, you can still cast a regular ballot IF you provide photo identification at the polls which substantially reflects the name you used on your voter registration form,” Sean J. Young, Legal Director of the ACLU of Georgia, said in the statement.

“Though the ACLU of Georgia strongly opposes the discriminatory exact-match law passed by Georgia politicians, we must focus on ensuring that all registered voters come out to vote. We reiterate that all voters who have pending registration applications can still cast a regular ballot by presenting photo identification.”

Although questions remain unanswered as to why Kemp did not step down as secretary of state when he became the GOP nominee for governor, some are urging him to resign in the wake of this latest voter suppression scandal. Since a 2013 SCOTUS decision that struck down a law that demanded Department of Justice approval of voter law changes in states with a history of racially-charged voter registration discrepancies (like Georgia), the state’s voting regulations have been mired in controversy.

But even before the 2013 law, Kemp was accused of attempting to block Black folks from voting in the state. In 2010, he claimed a group of Black activists had committed voter fraud and attempted to block their right to vote in that year’s election.

In 2014, Kemp investigated New Georgia Project, an organization founded by Abrams the same year with a mandate to get as many Georgians registered to vote as possible. Kemp’s investigation of the organization accused them of falsified voter registrations, which Kemp cites as the reason for the racial disparity of the names on his list.

In 2017, Kemp’s office purged 670,000 voters from the registration rolls, bringing his total to more than 1.5 million names removed from Georgia’s voter rolls since his time in office.

“While outside agitators disparage this office and falsely attack us, we have kept our head down and remained focused on ensuring secure, accessible, and fair elections for all voters,” Kemp said in a statement, CNN reports. “The fact is that it has never been easier to register to vote and get engaged in the electoral process in Georgia, and we are incredibly proud to report this new record.”

So, if you’re one of the Georgia voters whose driver’s license doesn’t have the exact same name as their voter registration card, show up to the polls anyway with whatever photo ID you have lying around that does. Don’t let them silence you.