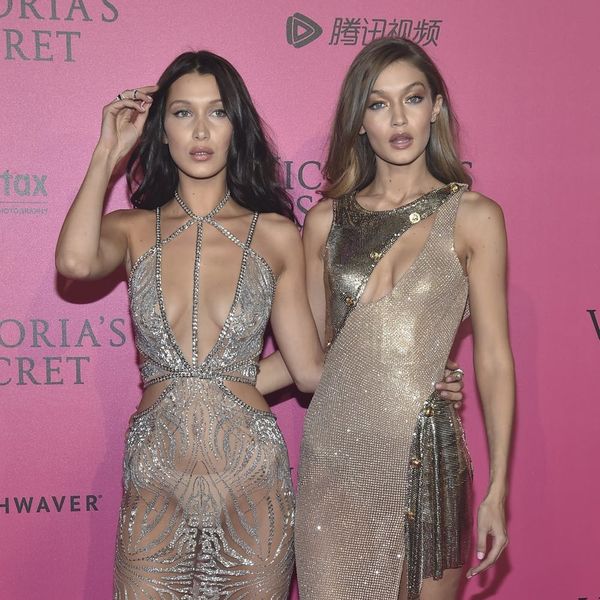 Barbie has been going through some MAJOR changes lately: We’re talking full-on reinvention. In fact, at this point, it’s like we don’t even know her anymore!

Now, the doll’s official Instagram page has unveiled another version of the toy that is sure to have eyebrows raised.

In an story posted after the Victoria’s Secret fashion show, the company showed off what appeared to be the spitting (doll) image of Gigi and Bella Hadid all vamped up in their sexy show lingerie — they even went so far as to adorn Gigi’s Barbie with her (controversial) wings.

We don’t know about you, but those certainly aren’t like any Barbies we can recall! But don’t freak out just yet: These recreations of the famous sisters are currently one-of-a-kind, and we’re guessing they’re unlikely to ever hit the mass-produced market. We’ve got a sneaking suspicion that the sight of the beloved icon in her unmentionables will be plenty enough to have parents up in arms — especially considering the ridiculous amount of hate Amy Schumer faced following rumors of her casting.

Then again, the company also made a replica of Gigi for her Tommy Hilfiger collaboration, so maybe they’re gearing up for some kind of release?

Wow. BARBIE in @TOMMYxGIGI. What a dream.

We bet Zayn would wholeheartedly approve!

Gigi and Bella as Barbies: Cool or inappropriate? Sound off over @BritandCo.

Nicole Briese
Nicole is the weekend editor for Brit + Co who loves bringing you all the latest buzz. When she's not busy typing away into the wee hours, you can usually find her canoodling with her fur babies, rooting around in a bookstore, or rocking out at a concert of some sort (Guns N' Roses forever!). Check out all her latest musings and past work at nicolebjean.com.
Controversy
Celebrity News
Controversy toys