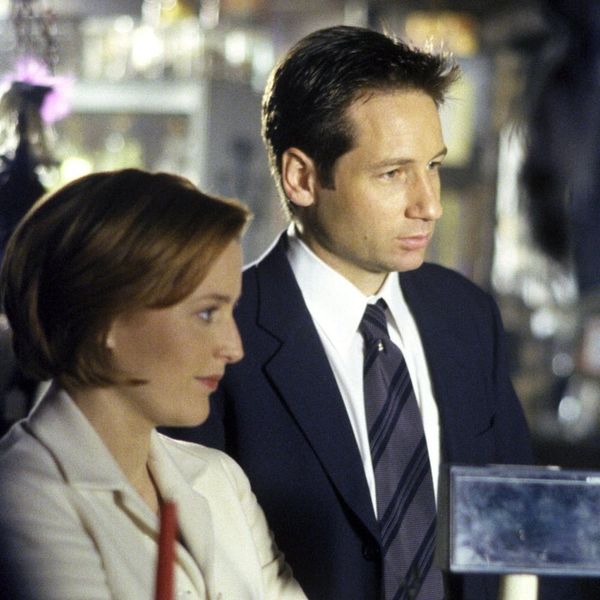 Gillian Anderson is ready to say goodbye to Dana Scully. During an interview at New York Comic Con this weekend, the actress said that she thinks the upcoming season of The X-Files reboot — season 11 overall, for those keeping score — will be her last as the beloved character.

Asked if she would be open to continuing beyond this next season, Anderson told Screen Rant, “No, I think this will be my last.” She added that she agreed to come back for an 11th season “because it felt like it wasn’t over” after the last batch of episodes.

“It didn’t feel like we necessarily delivered everything the fans were expecting of us last time, and so it was that,” she clarified. (Season 10 of Fox’s supernatural FBI drama was a mini season consisting of only four episodes, while 2018’s season 11 will have a total of 10.)

Of course, there’s always a chance that Anderson will change her mind between now and when season 11 debuts in January. As she told fans during a Q&A at NYCC, she was sure she was done after season 10 too. She surprised herself by agreeing to do season 11 after a phone call with producers.

Furthermore, a Fox spokesperson said in a statement to Screen Rant that Anderson “has not commented on returning as it’s premature in that she is currently filming the new event series.”

Since its debut in 1993, The X-Files has become a favorite among sci-fi fans, with two feature-length movies — one in 1998, during the show’s initial run, and one in 2008, after the show went off air. Anderson has played Agent Scully, alongside her costar David Duchovny, AKA Fox Mulder, in every incarnation of the show.

Kat Armstrong
Kat has been a writer, social media maven and mom for longer than she's willing to admit. She's also spent time in front of and behind the camera, interviewing celebs, politicians and acting as a producer for fashion and artistic photography shoots. When she isn't writing for various orgs and publications, she's hanging with her kids, husband and French Bulldog, Peter, in Toronto, Canada.
TV
TV
TV