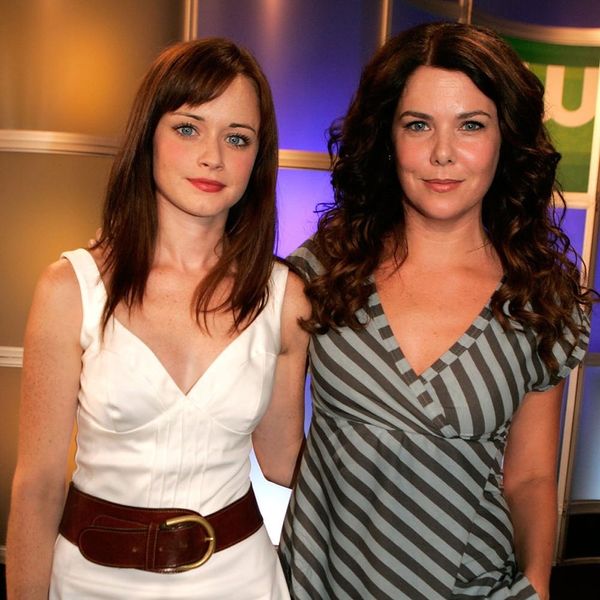 While it looks like we may have to wait until the holiday season to binge watch the Gilmore Girls revival, each photo from the Gilmore Girls set makes us more excited for our favorite television mother-daughter duo returning to our screens. Not only did the show feature two strong females as the leads, but both were smart, independent and successful… along with sometimes being selfish, emotional and insecure. In other words: real. And that’s to say nothing of their layered, complex and steadfast relationship. So in honor of Mother’s Day, we’re sharing five Gilmore Girl moments that made us wish we were Lorelai’s adopted second daughter.

1. They’re foodies. Ok, maybe not foodies (the Pop-Tart obsession is probably an automatic disqualification for that title), but they do love food and get down with all our favorite indulgences. We’re talking tacos, pizza, Chinese food, ice cream and so much candy. We’d love to spend our Friday nights on the Gilmore couch with junk food — though we’d probably add a cocktail (or two).

2. They’re addicted to coffee. And while we’re not sure the purists would be into some of our favorite new coffee gadgets, we do know the promise of Luke’s coffee every morning is reason enough for us to change our last name to Gilmore.

3. They never give up on love. Both Gilmore girls had their fair share of romances and break ups. And even after getting their hearts shattered into a million pieces by the likes of Dean, Max, Christopher, Luke, Jess and Logan, they continue to put themselves back out there. Their hope and positivity is refreshing and sweet.

4. They’ve got each other’s backs. Navigating familial relationships is always tricky; even the best ones suffer from miscommunication, hurt feelings, frustrations and anger. It’s how you come back from those upsets that matter, and Lorelai and Rory always managed to not only forgive, but also truly learn something new about each other and themselves.

5. They get it. It being the levels of devotion we have to our favorite TV shows, theirs included. We just know if they were around today, Rory would binge House of Cards with us and Lorelai would be totally obsessed with Making a Murderer. Loving a show like the Gilmore Girls is absolutely a lifestyle and one we’re perfectly content embracing.

Did we miss your favorite part of being a Gilmore Girl? Tweet us @BritandCo and tell us why you’d like to be a part of the fam!