Why Gilmore Girls’ Rory and Logan Were Never Meant to Be 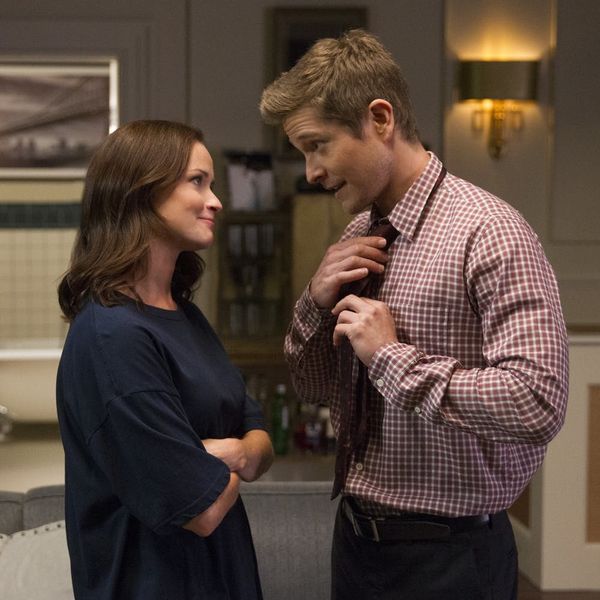 Gilmore Girls continues to be one of the most inspirational shows on television. From the first cup of coffee to the last four words, Lorelai and Rory, with their enviable mom-daughter bond and ultimate ’90s fashion, captured our hearts. While most of the show’s themes give us every reason to want to jump into the world of Stars Hollow, Rory’s relationship with Logan — the mischievous, charming son of a publishing baron who captures Rory’s heart at Yale — might give us cause for concern. Read on for six reasons this particular relationship isn’t one to emulate (Warning: spoilers ahead!).

1. Dependence: Amy Sherman-Palladino, the show’s creator, wasn’t being subtle when she decided that Lorelai’s first place of work after leaving home would be called the Independence Inn. Lorelai has clearly championed the concept of independence — a trait that she endows very strongly to Rory. And while Rory will always maintain her independent spirit, Logan (whether through finances or social situations a la The Life and Death Brigade) causes Rory to depend on him, which spells disaster for their relationship in the end.

2. Shady Habits: Logan and Rory don’t necessarily lie to each other, but they aren’t completely truthful and transparent either. When Rory and Logan decide to see each other whenever Rory goes to London, it isn’t clear for quite some time that Logan is actually engaged. Many things in Stars Hollow are like a fairy tale, but this situation isn’t one of them.

3. Lack of Family Support: If a couple is meant to be, then they’re meant to be — no matter who does or does not support their relationship. However, the fact that both Rory and Logan’s closest family don’t approve of them together paves the way for a lot of unnecessary drama and strain on their relationship.

4. Instability: When Rory and Logan are great, they’re great. And when they’re terrible, they’re terrible. While the ups and downs of their relationship make for a romantic, wildly entertaining storyline on television, these constant tribulations would spell chaos for a couple in the real world.

5. Identity Issues: Relationship experts believe that your significant other contributes greatly to your identity. That person doesn’t make you who you are, but part of who you believe yourself to be is comprised of your relationship to your boo. In the case of Rory and Logan, Logan helps Rory to be her best self in some ways (giving her amazing career opportunities through his dad, for example), but he also causes her to morph into the Daughters of the American Revolution socialite that she always despised and even mocked.

6. Never on the Same Page: This flaw is best exemplified by Logan’s proposal to Rory right before they’re set to graduate from Yale; while Rory is busy thinking about her career and next life move, Logan plans an elaborate proposal to Rory in front of her entire family. While we all knew Rory would say no, Logan was blindsided because they weren’t at all on the same page about their relationship.

What are your thoughts on Rory and Logan? Let us know @BritandCo!

Gabrielle Gresge
Gabrielle Gresge is a Chicago native and journalism student at the University of Missouri. While not chasing deadlines, she enjoys giving campus tours, exploring her new home, and missing her old one. She loves to write about these experiences in her own handwriting at gabriellegresge.wordpress.com.
Relationships