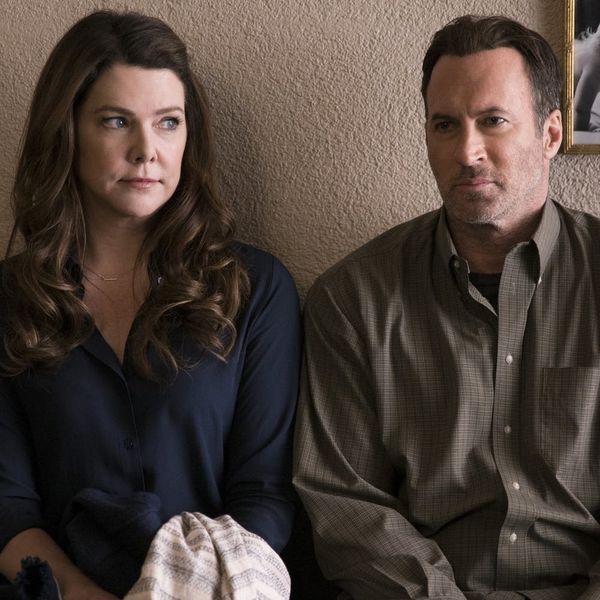 The 2016 Netflix reboot of Gilmore Girls was full of heartwarming nostalgia and even some closure for fans of the original series, but it wasn’t without its imperfections. (Like, can we talk about WTF was up with Rory Gilmore most of the time?) Even star Scott Patterson, AKA Luke Danes, recently admitted that one of his character’s story lines was particularly tough for him to handle.

In the reboot, Luke and Lorelai are considering having a child via surrogacy, so they visit Paris Geller’s fertility clinic for a consultation. His character’s unease with the process, it turns out, came honestly.

“In my mind it’s just a foregone conclusion that [Luke and Lorelai] are going to have a child, but not like that,” Patterson told Us Weekly.

He noted, though, that he understands “why it was there. It was such an awkward situation for me as a character. They were thinking a lot of humor could come out of this and it did. I just think it was a little too far field for me personally.”

Surrogacy is a common, though sometimes controversial, process that enables people who might otherwise be unable to have biological children to do so. Kim Kardashian-West and Kanye West recently welcomed their third child via surrogate, a decision the family made after Kardashian-West’s doctor advised her that, due to previous complications, it could be dangerous for her to get pregnant again.

Patterson didn’t elaborate much on why the surrogacy story line was so difficult for him, except to say it didn’t fit his vision for the characters. “Those were tough days for me on set,” he said, noting that he voiced his opinion about it during filming. “I didn’t settle into that part of the story very well.”

Rumors of (or perhaps just hopes for) additional new Gilmore Girls episodes have swirled for months, but so far, nothing has come of them. Patterson said that while his “knee-jerk” reaction would be to say “yes” to doing more, he might have to put a little more thought into it.

“I have a lot of trust when it comes to the writing,” he said, before adding with a laugh, “but I would really need to see the script first.”