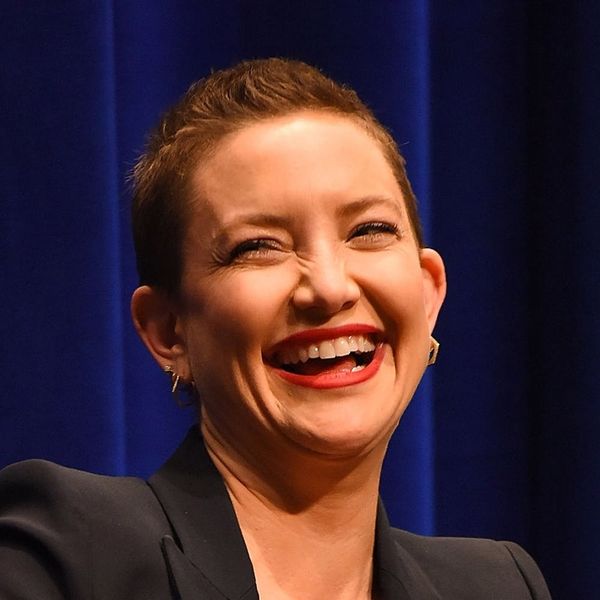 Ask almost anyone and they’ll tell you that celebrity kids hit the genetic jackpot. As it turns out, however, all that fame doesn’t exempt them from having awkward teenage moments with the parentals just like the rest of us: Just ask Kate Hudson!

The Sisters actress sat down with Jimmy Kimmel for Jimmy Kimmel Live! on Thursday to reveal how even movie star moms can embarrass the hell out of you. The incident in question came when Hudson, now 38, and older brother Oliver, 41, threw a party she thought her parents would be out of town for back in their late teens.

“We were like guys, parents are out of town, come on over! We thought it was gonna be like 20 people, and but like 50 of our friends were at the house, and we’re having a blast,” she explains. “And all of a sudden, the door flings open, and it’s my mother.” Uh oh!

While having your mom walk in on your secret party would be rough enough, the embarrassment didn’t end at her presence. “She was in a negligee,” the mother of two recalls. Oof!

Luckily, Hawn knew just how to play it off. “She looked around, as you would think she would in one of her films, just like, looking around, and then she… goes to the lights, and she turns the lights way down, and she goes, ‘Kids, lighting is everything.’ And then she left!”

The Pretty Fun: Creating and Celebrating a Lifetime of Tradition ($19) author’s friends didn’t seem to mind too much. In fact, they thought Hawn’s reaction was badass. “Everybody was like, ‘Your mom is SO cool,” and Ollie and I were like, ‘No, it’s gonna be SO bad in the morning.’” Ay yi yi!

Watch the hilarious interview in its entirety below!

What’s the most embarrassing thing your mom or dad ever did in your teenage years? Share @BritandCo.

Nicole Briese
Nicole is the weekend editor for Brit + Co who loves bringing you all the latest buzz. When she's not busy typing away into the wee hours, you can usually find her canoodling with her fur babies, rooting around in a bookstore, or rocking out at a concert of some sort (Guns N' Roses forever!). Check out all her latest musings and past work at nicolebjean.com.
Celebrities
Celebrity News
Celebrities Parenting