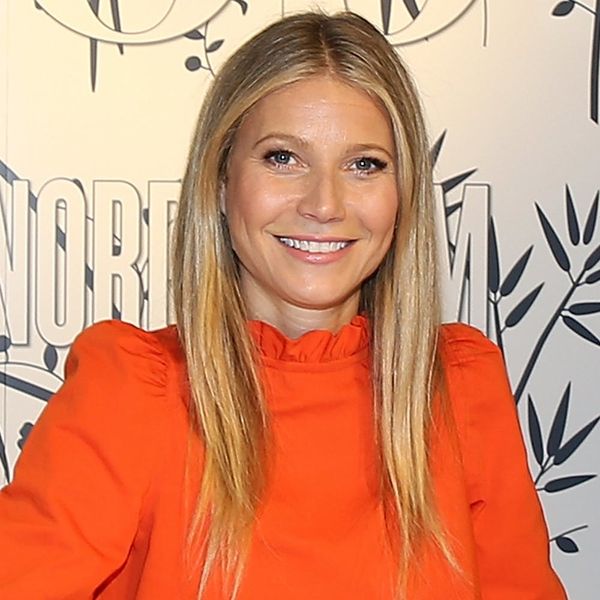 Gwyneth Paltrow has her hands in a lot of different pots: The actress turned lifestyle expert recently released a cookbook (though you miggght wanna double check those chicken instructions), shared fast food hacks with her followers, and announced she’ll be starting a magazine version of her site Goop with Anna Wintour. Apparently, that simply wasn’t enough to fill the 44-year-old’s plate, however, as she’s now set her sights on yet another market: meal delivery.

have you tried our new overnight oats and chia parfaits? Here's your chance... tag two friends below and have them follow @dailyharvest. We'll randomly select one winner and their two friends to each receive a box of our newest cups! #dailyharvest #giveaway GIVEAWAY CLOSED

Speaking with Fortune, CEO Rachel Drori also revealed the company’s secondary mission: to educate folks about the benefits of frozen food. Whereas fresh produce is often picked early and allowed to ripen on the way to the store, frozen fruits and veggies are picked at peak ripeness and frozen within hours, sealing in flavor and nutrients.

have you tried our new overnight oats and chia parfaits? leave a comment below and tell us which cup is your favorite! #dailyharvest

When asked about her celebrity investors, Drori gushed, “Gwyneth Paltrow is an authority on health and wellness [and] the reason we are so excited to partner with her is she is somebody who people will listen to and take a second look at frozen food.”

Williams also spoke out on her investment, telling the outlet she looks “forward to helping more people gain access to nutritious meals.”

So how does it work? You build your box with six single portion cups to be delivered weekly, 12 cups, or 24 single portion cups “developed by a nutritionist and made craveable by a chef,” which will arrive on your doorstep, ready to be popped into the freezer. The cups range in price from $8 apiece for the six-cup option ($190 per month) to $7 per cup if you opt for 24 ($671). Come meal time, “add a liquid base to your cup and blend, soak, or heat.” That’s it!

Our mouths are officially watering!

Will you be giving Daily Harvest a try? Tweet us @BritandCo.