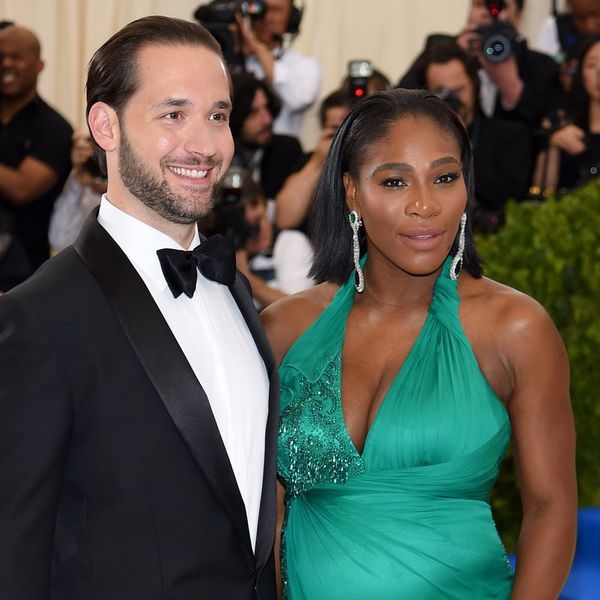 Ever since we found out Serena Williams is pregnant with her fiancé Alexis Ohanian, the co-founder of Reddit, we’ve been eager to hear all of her pregnancy updates. The couple has been pretty low-key so far (though Serena has been posting plenty of amazing baby bump selfies to her personal Instagram), and the pair hasn’t said a peep about the sex of the baby — even when asked. But, while the happy parents may not be opening up about the baby’s sex just yet, Serena’s sister Venus may have let it slip.

The snafu went down at the French Open on Wednesday, when Venus Williams was interviewed by a Eurosport journalist who asked Williams what the baby will call her. Williams replied, between giggles, “She’s going to call me her favorite aunt.”

If the offhanded pronoun wasn’t enough proof that the baby’s a girl, Venus Williams continued to make a joke of which of the Williams siblings the baby might be named after — but only referenced the women in the family. “Of course, we’re always like, every day it’s like, Baby V, Baby Isha, Baby Lyn,” Venus told Eurosport, neglecting to include her two brothers’ names in the mix. “We all want the baby to be named after us.”

As it happens, Serena’s pregnancy announcement was accidental, too, which makes it seem like the family isn’t all that concerned with keeping things under wraps after all. Maybe Serena won’t be too mad that big sis (probably) blew her cover.

Do you think this means their baby’s a girl? Tell us @BritandCo!

Rachel Davies
Rachel Davies is a writer, curator, and editor. Apart from writing, Rachel loves to read, take Greyhound buses, and drag her friends to museums every weekend. You can find Rachel over on Twitter @rachelcomplains.
Celebrity Baby
Celebrity News
Celebrity Baby