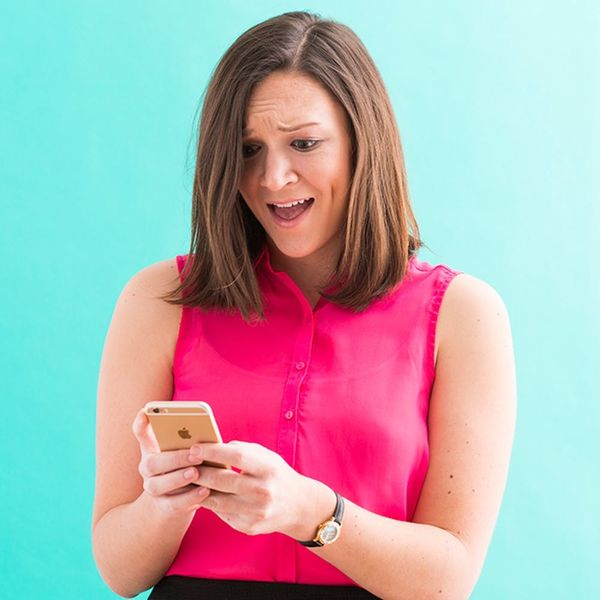 Is your hair swipeable? Studies have been done on whether your name will get more swipes on dating apps — FYI Nikki is preferred over Nicole — or if you open with a joke or a movie reference, but what about the really important things like how your hair looks? Well, luckily the folks at Phillips James Salon decided to get to the root of the issue and figure out which people are getting the most swipes on Tinder, Bumble, OkCupid and Grindr, because of their hair. Hey, on a dating app a picture can represent 1000 words or at least 10 right swipes so you want to make sure your hair looks good. After all, you could be one side braid away from meeting your potential soulmate.

For more info on what people think about hair on dating sites and just general interesting facts — did you know the average woman spends over $44K on her hair during the course of her lifetime? — about hair check out the infographic below.

Do you think this survey is accurate? Let us know by tagging us at @britandco!

Meredith Lepore
Meredith is a freelance writer/editor who writes for Levo League, Bustle, Refinery 29, Instyle.com as well as magazines including Marie Claire, SELF, Women's Health and Cosmopolitan. Before going freelance she was Editor in Chief of the women's career site The Grindstone. She earned her Masters in Magazine, Newspaper and Online Journalism from the Newhouse School at Syracuse University. Meredith resides in New York full time and enjoys SoulCycle, jogging and playing with her Yorkshire Terrier Otis, who also loves SoulCycle.
Dating
Hair
Dating
More From Hair