Halsey Gets a Tiny Tattoo Minutes Before Going Onstage 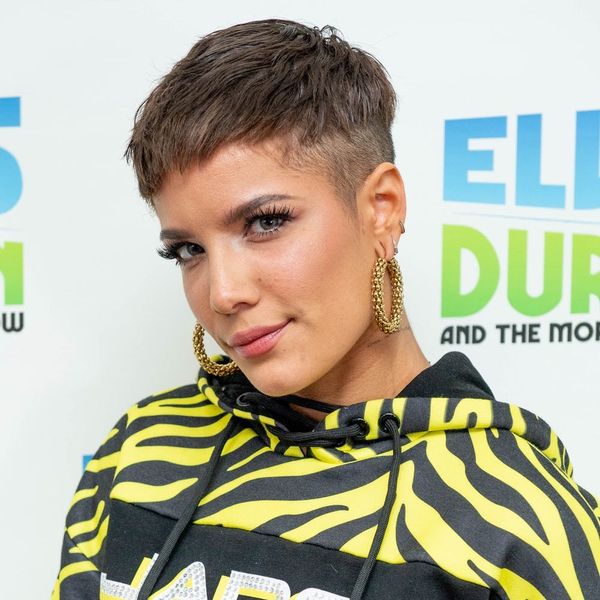 Last Saturday was an eventful one for Halsey. The singer shared the Saturday Night Live stage with rapper Lil Wayne and got some fresh ink right before her performance.

The “Without Me” singer shared her new tattoo — a tiny scale surrounded by the words “sins” and “forgiveness” — via Twitter right after stepping offstage. In the tweet, she noted that she got the tattoo seconds before performing. The design, an homage to her Libra zodiac, hints at a tribute to her growing bond with the “A Milli” rapper. (Photo via Roy Rochlin/ Getty)

“On my Libra scale I’m weighin sins and forgiveness.” Got this yatted by @jonboytattoo seconds before walking onstage. thanks for writing this one out for me @LilTunechi ⚖️ #libragang pic.twitter.com/gtYheVYKJL

In her caption, Halsey quotes lyrics from the rapper’s song “She Will,” writing, “On my Libra scale I’m weighin’ sins and forgiveness.” Halsey and Lil Wayne share the same sign, which she noted with the #libragang hashtag.

The past few months have been extremely busy for the singer, who got a delicate face tattoo last summer. On top of calling it quits yet again with on-again-off-again boyfriend G Eazy two weeks ago, she was seen on Sunday, November 11, at Glamour’s Women of the Year summit, and gave an exceptionally candid performance of her poem, “An Inconvenient Woman.”

Do you think there’s something happening between Halsey and Lil Wayne?Tell us @BritandCo!