Halsey Got the Daintiest Face Tattoo You Ever Did See 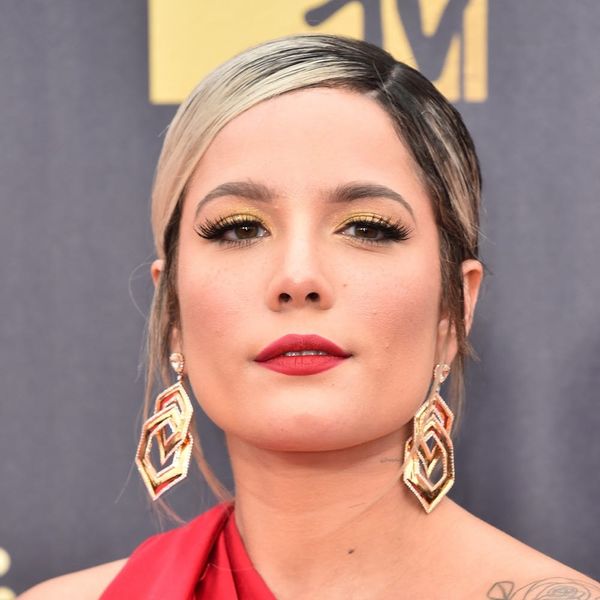 Halsey has joined the face tattoo club! The “Bad at Love” singer had some new ink to debut this week and, as with her ‘90s-inspired neck tattoo, she chose a rather unusual spot.

Taking to Instagram, the 23-year-old showed off a dainty queen of diamonds symbol… on the side of her face, just in front of her ear lobe. Referencing the lyrics of her 2015 Badlands hit, which end with the words, “They want to make me their queen,” she wrote, “Headed straight for the castle.”

She also gave a shout-out to her tattoo artist, Nal C. I. Tattoo, saying, “Thanks for my first (and only hopefully lol) face tattoo.”

Headed straight for the castle. @nal.tattoo 💉💉 thanks for my first (and only hopefully lol) face tattoo ♦️♦️♦️♦️

While the look is more subtle than say, Kat Von D’s famous stars, it’s still a plenty-noticeable addition to the performer’s ever-growing collection.

As we reported back in January, the musician is far from an ink rookie — she has more than 20 pieces of artwork on her body, including her most recent script addition of the words “I’m a loser baby” scrawled across her neck.

The new piece is small enough to be discreet while Halsey hits the stage, something she expressed concern over in a 2016 radio interview with 102.7 KIISFM. “I’m too nervous to get one and then have to perform,” she said at the time. “Because I don’t want to have to perform with like a bandage.”

What do you think of Halsey’s new ink? Share over @BritandCo.

Nicole Briese
Nicole is the weekend editor for Brit + Co who loves bringing you all the latest buzz. When she's not busy typing away into the wee hours, you can usually find her canoodling with her fur babies, rooting around in a bookstore, or rocking out at a concert of some sort (Guns N' Roses forever!). Check out all her latest musings and past work at nicolebjean.com.
beauty
Beauty News
beauty Celebrity Tattoos
More From Beauty News