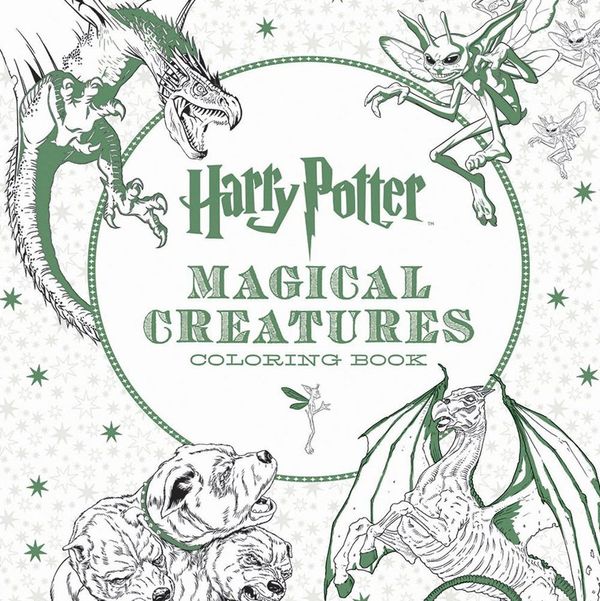 Nowadays just about every celebrity, TV show and cultural movement has their own coloring book. A Drake-themed coloring book? Check. A Game of Thrones coloring book? Duh. There’s even a coloring book made entirely of swear words. So it should come as no surprise that the Harry Potter franchise has jumped on the bandwagon. HP released its original coloring book back in November, but like all Potter-related things, one is not enough. So, as a follow-up, Warner Bros. Entertainment has announced four new books set to be released in 2016 that are all screaming your favorite marker’s name.

Among the new releases, you’ll find books that focus on the famous creatures of the wizarding world, the magical places and characters, the beloved (and not-so-beloved) artifacts and even a special postcard book.

In Harry Potter Magical Creatures Coloring Book you’ll find detailed illustrations of the creatures from places like the Forbidden Forest and the Great Lake. You’ll also find house-elves, merpeople, Cornish pixies and dragons and of course, Cerberus the three-headed dog. This book is the first of the new series to be released and is available now on Amazon.

The others, however, you’ll have to wait for. Magical Places & Characters and Postcards are set to be the next two installments with a release date of March 28. Then, in June, you’ll be able to pick up Artifacts, where you’ll color in illustrations of everything from Voldemort’s Horcruxes to Hagrid’s Monster Book of Monsters.

Now, if only they could create some sort of magic marker that would color everything in while we just sat back and watched.

What coloring book are you obsessing over right now? Share an image with us on Instagram @britandco.