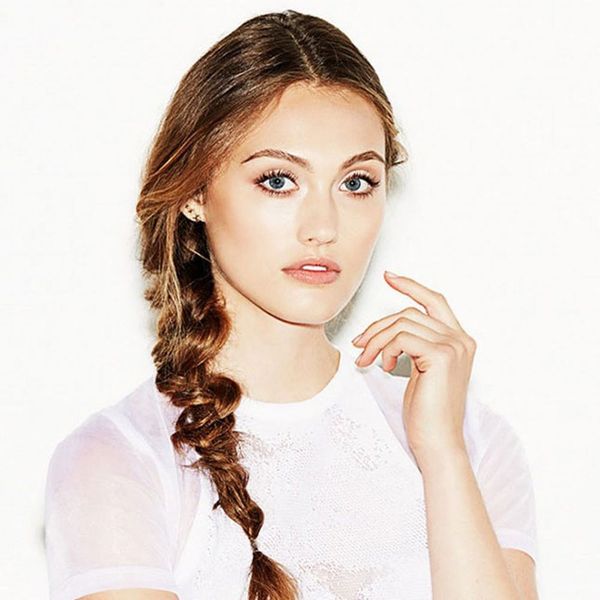 Before you go off choosing sides this Super Bowl Sunday (Panthers vs Broncos), let’s all stop for second and celebrate something even better: truly awesome hat hair! No, not that kind of hat hair. While you’re investing in those fierce foam fingers and perfecting that delicious game-worthy dip, let’s also keep in mind that big-day mane. Whether you’re a football junkie or simply along for the ride, we’ve got the waves, braids and of course the lazy girl styles that’ll have you wishing every day was Super Bowl Sunday. Scroll through for nine hat hairstyles you can do in five minutes or less.

Rep your team like a champ with these peekaboo braids, created by celebrity hairstylist Sarah Potempa. Carrying those Khaleesi vibes shows you mean business. (via @sarahpotempa)

For those of you juggling too many errands to sit still and get your hair did, why not take the easy (and Instagram-ready!) way out with an uneven braid. (via Byrdie)

Just because nachos and beer happen to be on the menu doesn’t mean you can’t rock this totally tailored look. Keep it classy this Super Bowl Sunday with a fishtail bun. (via @mybraids)

Add a feminine touch to your game-day attire with a romantic ‘do equipped with a minimalist barrette. (via The Beauty Department)

Pigtails aren’t just for grade schoolers. Cheer on your team while showing off your lighthearted side with these simple and whimsical fishtail braids. (via Brit + Co)

Celebrate your team like the ultimate lazy girl. This super easy style is so simple, you can have it done without ever taking your eye off the ball. (via @kristin_ess)

For the fiery fan who can’t help but jump from her seat with every small victory and bad call, this strong-holding style is sure to survive even the most heated of matches. (via A Beautiful Mess)

Just ’cause it’s game day doesn’t mean it’ll take all day. Try out this knotted pony for a look that’s easy to transition from cheering on the couch to drinks with the gals. (via Hair Romance)
Wendelle Co
Wendelle is a Brit + Co contributor and a notorious pop culture and film junkie (with a passion for everything '90s). When she’s not writing, you can find this San Francisco native brunching with her bestie or working at a wedding or two. You can follow her latest escapades on her Instagram @WheresWendelle
5-Minute Hair
Hair
5-Minute Hair
More From Hair