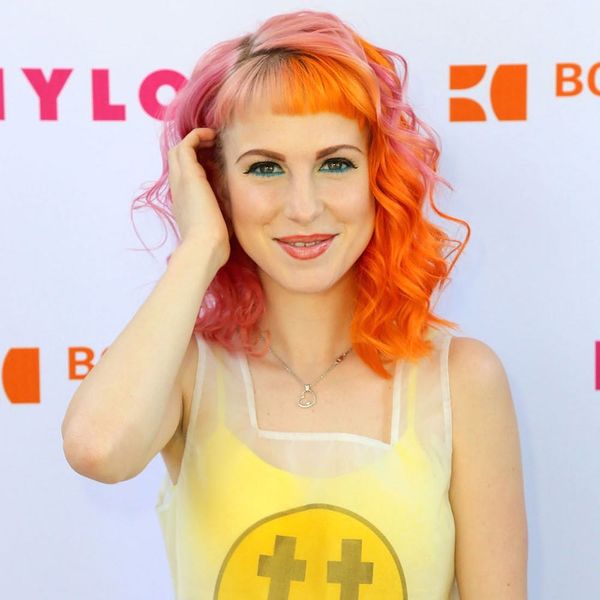 Like any cool rock star, Paramore’s lead singer Hayley Williams has a very recognizable sense of style. Everything from her bright orange hair to those epic outfits has encouraged many a girl to sport something a little wilder than she may have previously considered. If you’re a fan of the 26-year-old’s style, we have some exciting news for you: Williams will be hosting a series of three-to-five-minute webisodes that focus on music, beauty and culture.

The video series will be a TV offshoot of the digital magazine Popular, a new online destination for millennial girls created by Nylon’s co-founders (and husband/wife duo), Marvin Scott and Jaclynn Jarrett. While you will find cool makeup tutorials in this series, don’t expect them to fall in the same vein as, say, Michelle Phan or Zoella. Hayley told WWD, “[The show] isn’t about what color looks good on your skin tone or how to make your lips look bigger or contour this or that.” She goes on to explain, “It’s about what do you like and how can you express that and find out what your look is by trying new things.”

After watching the first episode, we have to say that a beauty video with a Hayley Williams kind of spin is actually super refreshing. The musician has teamed up with her longtime makeup artist, Brian J. O’Connor, to help carry out the featured beauty looks. The debut video starts with a brief introduction about a David Bowie-esque look they’re going to copy from the 1982 movie Ladies and Gentlemen, The Fabulous Stains. As Brian talks through the makeup tutorial, Hayley also discusses the film and explains why she loves it. The whole thing is short, sweet and super informative.

If you’re not the world’s biggest Paramore fan, don’t immediately write off this new video series. Williams told WWD she was adamant that the show not be specific to her band. She says, “I want to have other artists on the show, interview them about what inspires them and maybe how they found their look and what the process was for that.” Well Hayley, it only took three minutes, but consider us officially hooked.