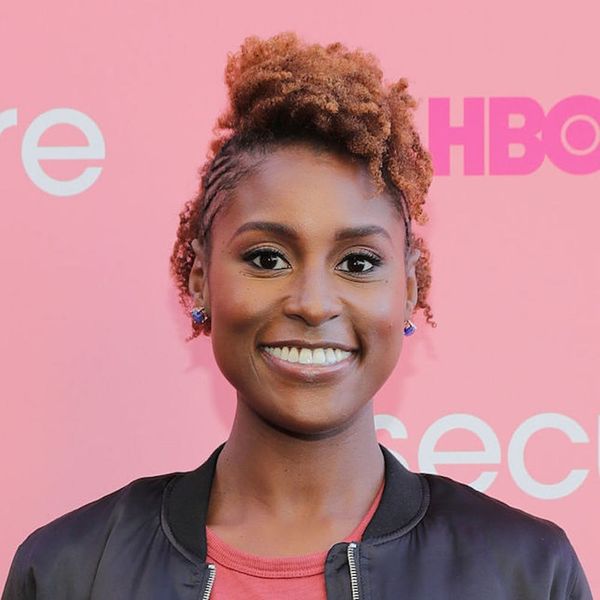 This is Issa Rae.

If she looks familiar to you, it’s likely that you’ve seen her beautiful face on ads for her new HBO show, Insecure.

But if you thought she already looked familiar when you started seeing the Insecure ads, it’s possible you knew her through her incredible (and super popular) web series, The Mis-Adventures of Awkward Black Girl (usually just shortened to Awkward Black Girl). The show launched in 2011 as Issa’s reaction to wanting to see characters like herself depicted on screen, and went on to garner over 20,000 million views and 220,000+ subscribers to her YouTube channel.

The web series was critically acclaimed for its fresh humor and modern, authentic depiction of young black women navigating their 20s. Forbes put Issa on their “30 Under 30” list in 2012. Pharrell Williams aired the second season on his YouTube channel. It even spawned a New York Times best-selling memoir of the same name.

And now, it has inspired one of TVs best new comedies — Insecure. If you’re not watching it yet, you need to be. The show, a hidden gem in this year’s fall TV lineup, is only two episodes into its eight-episode season, and we’re already calling it — it’s gonna be our favorite show of the fall season (sorry, Milo).

Much like the web series, the TV show is centered on Issa as she tries to figure out her job, her love life, her sometimes stressful friendship with Molly and more. It’s definitely not a new premise, but one that we pretty rarely get sick of, especially since viewing it from the perspective of black women is something we don’t get to see nearly often enough. Plus, Issa and Molly’s friendship is so far from perfect that it hits so close to home, and they might be our favorite new TV BFFs.

Insecure is hilarious, often sexually frank, insightful and so addictive. Plus, have we mentioned how killer the soundtrack is? You’ll hear Kendrick Lamar and Raphael Saadiq alongside up and coming artists. Not to mention Issa’s own rapping, which is a standout moment so far.

Have you already or will you be watching Insecure? Let us know over @BritandCo!