Here’s How to Deal With Parental Criticism 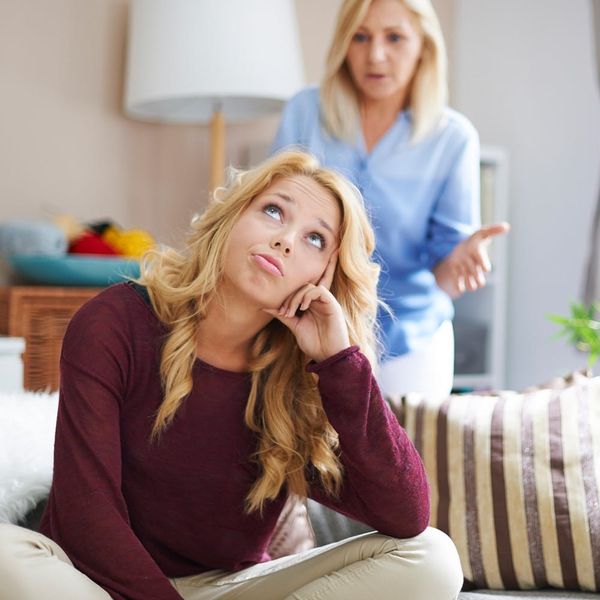 From deciding which parent is the good cop and which is the bad cop to mapping out a baby-friendly route through Disneyland and figuring out how to bring your baby to a bar, parents are always trying to get it right. Of course, since no parent is perfect — heck, we aren’t perfect either — the flaws can sometimes peek through. Often this imperfection manifests itself as criticism, which can affect kids long after their childhood. We chatted with marriage and family therapist Laura Heck on how to move on and forgive parental criticism.

Heck says that parents often criticize their children because of a desire to fit in with social norms. Sometimes it’s really important to a parent to live their own life through the life of their child. While children can be criticized for anything, Heck points out that the most common area of disapproval is a child’s weight.

“It’s tough for parents to understand that kids are going to go through awkward phases,” Heck said. “Kids get enough criticism from their peers — they don’t need it from their parents.” If you were on the receiving end of this criticism as a child (or perhaps still feel criticized), Heck recommends self-talk to separate your parent or parents’ opinions from the way you view yourself.

“Recognize that it’s a really unhelpful voice that’s talking to you,” Heck says. “That criticism is an old audio tape that gets triggered. What you can do is press stop and play a different one.”

To help parents avoid criticizing their child or children, Heck encourages them to compliment their child’s character, rather than their appearance. Placing importance on a child’s internal qualities will teach them how much they take precedence over physical attractiveness in life. She also recommends relying on a co-parent to hold you accountable.

The final stage of this healing process is to forgive your parents for criticizing you. By having a candid, honest conversation about the way parental criticism affected you, you and your parent can have closure.

How do you avoid criticizing your own children? Tell us @BritandCo.

Gabrielle Gresge
Gabrielle Gresge is a Chicago native and journalism student at the University of Missouri. While not chasing deadlines, she enjoys giving campus tours, exploring her new home, and missing her old one. She loves to write about these experiences in her own handwriting at gabriellegresge.wordpress.com.
Adulting
Relationships
Adulting Parenting
More From Relationships