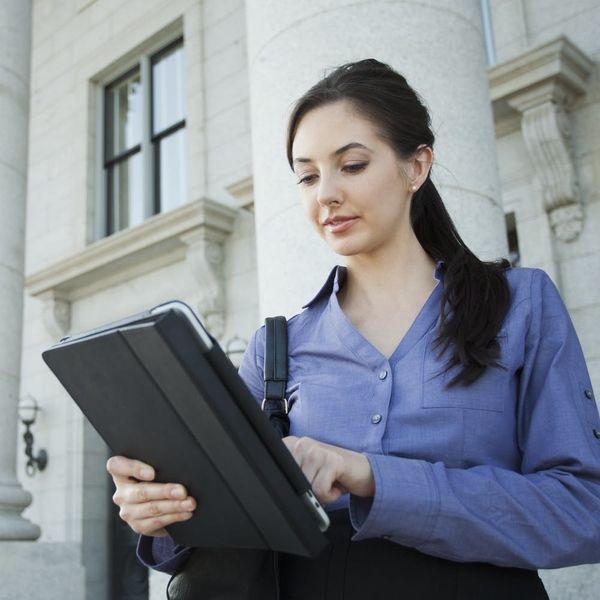 As much as we want to be totally informed of all the new changes taking place with regard to the Trump administration and everything else that’s going on in the world, sometimes it all gets to be a bit much… particularly when it comes to politics.

In addition to all the news we’ve been reading up on, such as the federal ruling against reinstating President Trump’s travel ban and the problem with KellyAnne Conway endorsing Ivanka Trump on-air, we’ve also been seeing every Tom, Dick and Harry’s *personal* opinions on the matters at hand popping up in our Newsfeeds, and that’s not always such a good thing. In fact, new studies have even shown that it very well could be to our own detriment, making us all more narrow-minded. Eep!

So what’s a gal or guy to do? Defriend every person we know who posts about politics (soooo… all of them?!)? No way. Money has a much better solution — like blocking politics (instead of people!) from your feed entirely, even if just for a little while.

While a few of their solutions are fairly obvious — e.g.: disconnecting from Facebook altogether or unfollowing friends and fam who can’t reign it in — some were new to us, like our new Godsend of a browser extension, Social Fixer.

Not only does the extension (which, BTdubs, is compatible with Chrome, Firefox AND Safari) hide politics, but you can also use it to filter your news by keywords, hide ads and get rid of posts you’ve already seen. (Genius right? We thought so.)

Need more of a temporary vacay for the sake of your sanity? Give yourself an edge in the willpower department with LeechBlock, which will ban you from the site for as long as you ask it to. So when your fingers start to get super itchy to hit up the ‘book, you’ll have some extra reinforcements. (The only bummer? This one’s only for Firefox. Womp Womp.)

And if you’ve had it altogether but don’t want to take an (unpaid) sabbatical, there’s always News Eradicator: a Chrome extension built to, well, eradicate your entire Facebook feed, replacing it instead with inspirational quotes where the stories should be. What a lovely idea!

Of course, you’ll still want to make sure to check content you DO need to know about by heading to your favorite people and pages directly (*ahem, ahem, Brit + Co*), but other than that, you’ll be good to go.

Will you be giving these FB tips and tricks a go? Let us know over @BritandCo.

Nicole Briese
Nicole is the weekend editor for Brit + Co who loves bringing you all the latest buzz. When she's not busy typing away into the wee hours, you can usually find her canoodling with her fur babies, rooting around in a bookstore, or rocking out at a concert of some sort (Guns N' Roses forever!). Check out all her latest musings and past work at nicolebjean.com.
Politics
Tech
Politics Tech News
More From Tech