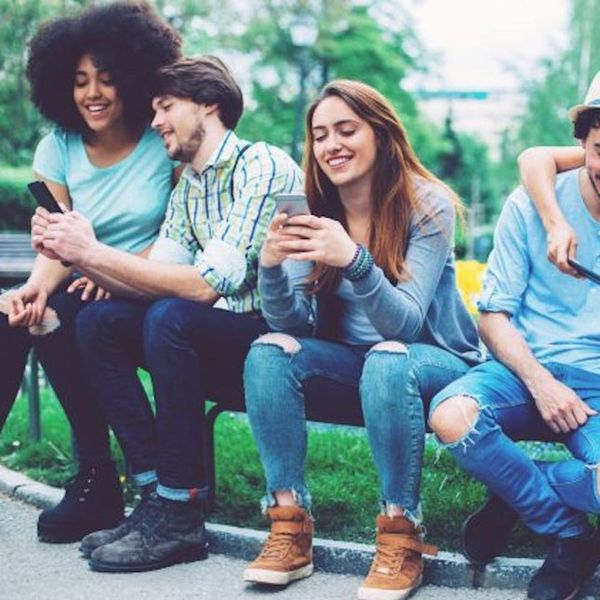 According to our calculations, Facebook (and its subproperties, which just so happen to include Instagram), reaches about one third of the world’s total population. It’s a huge number, to be sure, and according to recent findings, it’s also a concerning one — particularly with regard to the more highly charged political climate.

In a just-published study entitled, “The Spreading of Misinformation Online,” researchers found that our modern-day life of online networking isn’t really doing us any favors when it comes to expanding our horizons. In fact, it’s acting as an “echo chamber” to reinforce our long-held beliefs — even when they’re dead wrong — further ingraining falsehoods and questionable thoughts into our brains.

According to the researchers, that’s because we’re basically only taking in the things we want to hear — which incidentally, also happen to usually consist of things we already think and believe. “Our findings show that users mostly tend to select and share content related to a specific narrative and to ignore the rest,” they state in their paper. “In particular, we show that social homogeneity is the primary driver of content diffusion, and one frequent result is the formation of homogenous, polarized clusters.” That social homogeneity they’re talking about? That’s the “hive-mind.”

It’s a finding that echoes the words of conflict expert Larry Slade, who gave us some insight a while back on how to talk to others with differing viewpoints from our own, when he said that “It’s more emotionally comfortable to have a Facebook feed that has comments and features consistent with [our own] hidden biases.”

In fact, the act has a name, and it’s called “confirmation bias.” “Users have a tendency to search or interpret and recall information that confirms their pre-existing beliefs,” the author’s study, Andrew Bessi, told CNN.

Not only can this stunt our personal growth as individuals, but it’s also a great way to spread misinformation, or the dreaded “fake news.” As Bassi points out, “If we see something that confirms our ideas, we are prone to like and share it. Moreover, we have limited cognitive resources, limited attention and a limited amount of time.” All of that adds up to blind sharing of misinformation.

So now what? Do we stop sharing the things that interest us? Not necessarily, but it migggghhht be time to take a step back before doing so — fact-checking goes a long way.

So, too, does being willing to hear the other side of a (respectful) argument, and acknowledge the fact that just because you found an article or post that shares your viewpoints doesn’t make them “right” or invalidate someone else’s.

Or, maybe you go one step further and take a FB break entirely? (It CAN be done!) Then again, maybe you keep it around… you know, just to keep tabs on swimsuits that will turn you into a mermaid and stuff.

Does this new study concern you? Sound off over @BritandCo.

Nicole Briese
Nicole is the weekend editor for Brit + Co who loves bringing you all the latest buzz. When she's not busy typing away into the wee hours, you can usually find her canoodling with her fur babies, rooting around in a bookstore, or rocking out at a concert of some sort (Guns N' Roses forever!). Check out all her latest musings and past work at nicolebjean.com.
Facebook
Politics
Facebook science social media study
More From Politics