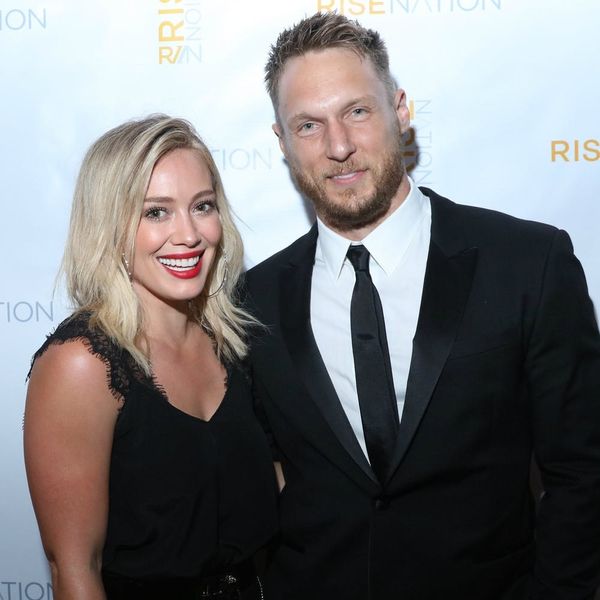 Hilary Duff and new BF Jason Walsh caused QUITE the stir Friday night when they hit the town in their Halloween costumes.

Dressed in a Native American headdress (complete with face paint) and a vegetable-wielding Pilgrim’s costume, Jason and Hilary made their official debut as a couple, to the dismay of many, who were SERIOUSLY perturbed at their racially insensitive costume choices, particularly in the wake of the Dakota Access Pipeline protests. (ICYMI, there’s a serious battle going down RN over a proposed oil pipeline that would destroy Native American lands.)

Now, Hilary is taking to Twitter to set things right with a Chris Hemsworth-style apology, admitting that she probably didn’t put as much thought into it as she might have.

I am SO sorry to people I offended with my costume.It was not properly thought through and I am truly, from the bottom of my ❤️sorry.

Jason issued an apology of his own via Instagram, saying that in hindsight, he also probably wouldn’t have made the same choices.

While it’s definitely disappointing that it took such a huge Twitter backlash to drive the point of racial insensitivity home, we’ve gotta hand it to these two for being open-minded enough to admit the error of their ways and for taking prompt and public steps to (attempt) to amend them.

Hopefully their lessons learned can be a reminder to us all to be a little more culturally sensitive from here on out!

Do you accept Hilary and Jason’s apology? Share over @BritandCo!

Nicole Briese
Nicole is the weekend editor for Brit + Co who loves bringing you all the latest buzz. When she's not busy typing away into the wee hours, you can usually find her canoodling with her fur babies, rooting around in a bookstore, or rocking out at a concert of some sort (Guns N' Roses forever!). Check out all her latest musings and past work at nicolebjean.com.
Controversy
Celebrity News
Controversy Couples Halloween Costumes Halloween Halloween Costumes
More From Celebrity News