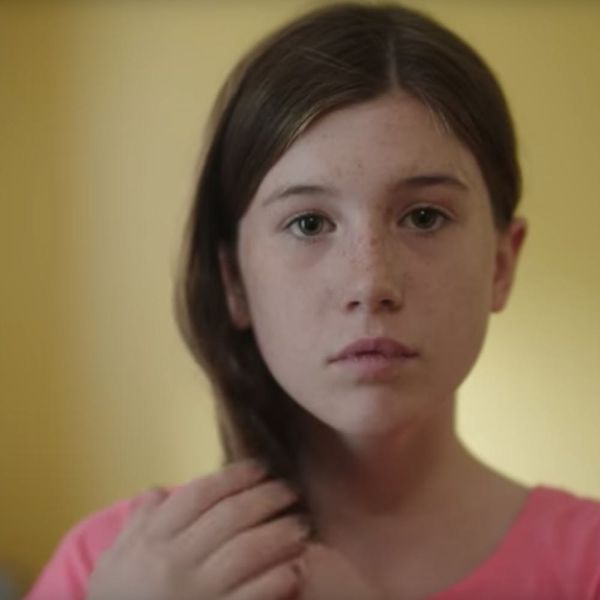 A new ad (viewable above) highlights some particularly damning statements Donald Trump has made over the years regarding women, played over footage of girls looking at themselves in mirrors. The implication is clear: If Trump is elected in November, the girls and young women in this country will spend four years growing into themselves and learning their self-worth, while the nation is helmed by someone who has a long history of disrespecting women based solely on their gender. Majorities of likely-voter women already find the Democratic Party favorable, feel the opposite about the Republican Party and think Hillary Clinton would do a better job as president, so it’s unclear if this ad will win anyone over or shore up the supporters she already has.

2. Donald Trump spent a LOT of charity money on himself… including on big self-portraits.

We wrote earlier this week about the portrait Republican presidential candidate Donald Trump paid for with money from his non-profit Donald J. Trump Foundation. He also spent more than a quarter of a million dollars from the foundation on legal expenses covering lawsuits that involved not the foundation but his for-profit businesses. As the Washington Post explains, this is known as “self-dealing” and is illegal. There’s also a second, six-foot-tall Trump portrait that was also paid for with foundation money.

After news came to light of Wells Fargo (the world’s largest bank) creating millions of fake accounts for consumers in order to boost their stocks, CEO John Stumpf went in front of the Senate Banking Committee to be roasted by, among others, Democratic Senator Elizabeth Warren. After asking if he’d resigned (he hasn’t), and pointing out the tons of poorly paid low-level staff who have been shown the door instead, the senator called his leadership “gutless.” Warren followed it with a speech that seems to have included a coded message for Hillary Clinton, for whom Warren is campaigning. The take-away? If Clinton becomes president and appoints people friendly with (or working in) the financial industry to regulate that industry, people will NOT be happy.

4. Donald Trump may not be a birther, but others still are.

Earlier this month, Donald Trump walked back his long-standing claim that President Barack Obama was not born in the US, but another prominent “birther” refuses to agree. Sheriff Joe Arpaio, who has come to fame — or infamy — for opening an investigation into Obama’s birth certificate months after it was released to the public, for his openly anti-immigration views and for the tent jail he opened in the Arizona desert, maintains that Obama’s birth certificate is “a forged document. Period.” Arpaio is a strong supporter of Donald Trump, and though the two now appear to disagree on the matter of Obama’s birth (which has long been settled for most of us), he says “it didn’t bother” him that Trump is no longer on his side in the matter.

5. Hillary Clinton lays out an anti-poverty strategy in the New York Times.

As Clinton notes in her Times op-ed this week, “Nearly 40 percent of Americans between the ages of 25 and 60 will experience a year in poverty at some point.” To combat this problem, she proposes huge investments in jobs and affordable housing, and helping the people who most need it by using a “10-20-30” approach. That is, “directing 10 percent of federal investments to communities where 20 percent of the population has been living below the poverty line for 30 years,” and paying special attention to communities impacted by long-term systemic racism.