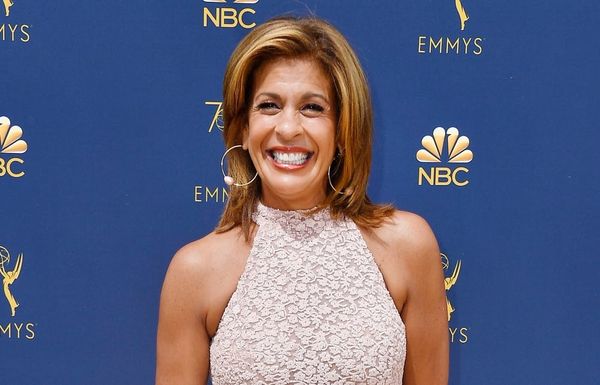 Hoda Kotb is officially a mom of two! The Today co-host surprised her colleagues on Tuesday, April 16, by calling in to reveal that she and partner Joel Schiffman adopted their second daughter.

“It’s a girl! It’s a girl!” Kotb said over the phone as her Today co-workers excitedly applauded the news. “And her name is Hope.”

Kotb went on to tearfully describe the overwhelming feeling of bringing home her second daughter. “Oh my god, you guys. First of all, she’s laying on the boppy pillow right now, I’m feeding her, and I can’t believe it,” she said. “In your life, you think that maybe you’ve gotten what you deserve, but man, I’m so happy.”

Back in February 2017, Kotb revealed that she and Schiffman were the proud new parents of a newborn baby girl named Haley Joy. Now 2, Haley is enjoying being a big sister to her newborn sibling. “She was trying to feed her her raspberries and I was like, ‘Not yet, babe,'” Kotb joked, adding that the toddler was marching around and proudly calling herself a big sister.

The Today co-anchor previously dropped what we now know was a hint about the little one’s arrival, posting an image to Instagram that said simply, “Choose Hope,” on Monday, April 15.

Hope’s middle name is significant, too. “We named her middle name Catherine after my best friend Karen[‘s] daughter,” Kotb said through more tears. “Her husband passed a little while ago and Catherine is so super strong and it just so happens she was here this weekend with Karen and I was like, ‘You know what? There are no accidents in life. Everything is supposed to happen in this moment the way it’s happened.’ So anyway, Hope Catherine Kotb.”