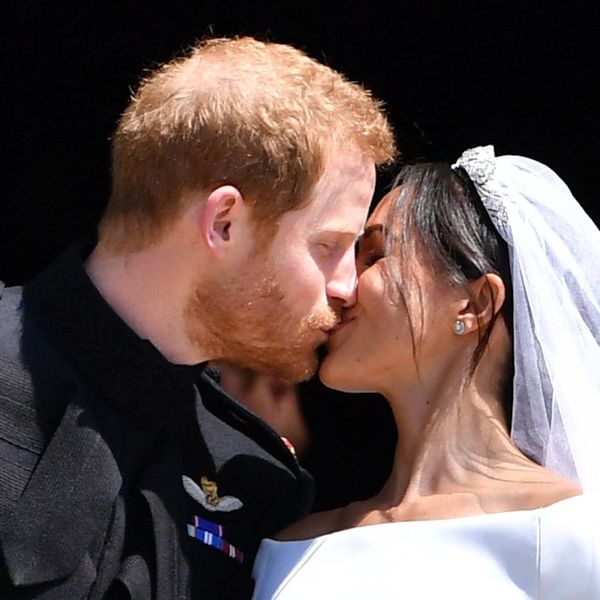 It's still early in 2019, but we're already looking forward to new movies, new shows, and — best of all! — new babies! Some of our favorite stars are expecting babies in 2019, including Carrie Underwood, Duchess Meghan Markle, Amy Schumer, and multiple Bachelor Nation stars. Click through to see who's expanding their brood in the new year. (Photos via Getty Images)

Carrie Underwood and Mike Fisher: The country singer announced last year that her son, Isaiah, would be getting a younger sibling in early 2019. "Mike, Isaiah, and I are absolutely over the moon and excited to be adding another fish to our pond," she said in an Instagram video on August 8, 2018. "We’re just so excited and glad you guys can share this with us and be a part of it. Love you guys!” (Photo via Jason Kempin/Getty Images)

Robin Thicke and April Love Geary: The model shared her baby news on August 17, 2018, by posting a pic of her ultrasound to Instagram. "Robin and I are very excited to share with you all that we're having a baby," she captioned the post, noting her expected due date of March 1, which just happens to be the birthday of Thicke's late father, actor Alan Thicke. The announcement came just six months after the birth of the couple's first child together, Mia. The singer also shares an eight-year-old son, Julian, with ex-wife Paula Patton. (Photo via Jon Kopaloff/Getty Images)

Caleb Followill and Lily Aldridge: The Victoria's Secret Angel revealed in August 2018 that she and the Kings of Leon frontman were expecting another child together. The little one will join big sister Dixie Pearl, whom the couple welcomed in 2012. (Photo via Pascal Le Segretain/Getty Images)

Eric Johnson and Jessica Simpson: The couple, who already share five-year-old Ace Knute and six-year-old Maxwell Drew, announced via Instagram in September 2018 that they were expecting their third child. "This little baby girl will make us a family of five," Simpson wrote at the time. "We couldn't be happier to announce this precious blessing of life." (Photo via Jamie McCarthy/Getty Images for Jessica Simpson Collection)

Bekah Martinez and Grayston Leonard: In September 2018, a few months after appearing on Arie Luyendyk's season of The Bachelor, Martinez announced that she was pregnant with her first child. The news came three months into her relationship with Leonard, and while it was a surprise to both of them, the mom-to-be told Pure Wow that it was "legitimately a dream come true." (Photo via RB/Bauer-Griffin/GC Images)

Prince Harry and Meghan Markle: On October 18, 2018, five months after the royal wedding, Kensington Palace announced that the Duke and Duchess of Sussex were expecting their first child together. The baby is due to arrive in the spring of 2019 and will be seventh in the line of succession to the British throne, after Prince Charles, Prince William, Prince George, Princess Charlotte, Prince Louis (who was born in the spring of 2018), and Prince Harry. (Photo via Ben Stansall/WPA Pool/Getty Images)

Amy Schumer and Chris Fischer: The I Feel Pretty star and her husband will welcome their first child into the world in 2019. She announced her pregnancy in October 2018 and has since revealed that she suffers from hyperemesis gravidarum, the same condition that Duchess Kate Middleton battled during all three of her pregnancies. (Photo via Dimitrios Kambouris/Getty Images for Tony Awards Productions)

Morgane and Chris Stapleton: "I've got an announcement to make," the country singer reportedly told the crowd during a show at Madison Square Garden in New York City on November 2, 2018. "Some of you may know that we have four children. We just had twins about seven months ago. Now there's four for us, but we're gonna make it five!" (Photo via Jamie McCarthy/Getty Images)

Alfonso Ribeiro and Angela Unkrich: The former Fresh Prince of Bel-Air actor announced on November 2 that he and Unkrich were expecting their third child. The baby will join the couple's two kids Anders and Alfonso Jr., as well as big sister Sienna, Ribeiro's daughter from a previous relationship. (Photo via Jerod Harris/Getty Images for LOVELOUD Festival)

Jess Weixler and Hamish Brocklebank: The Good Wife actress took to Instagram on November 5, 2018, to debut her baby bump. She joked that she had "just had some pizza," before clarifying that she was six months along in her pregnancy. (Photo via John Sciulli/Getty Images for Burberry)

Lauren Burnham and Arie Luyendyk Jr.: Bekah Martinez isn't the only season 22 Bachelor alum who's expecting a baby in 2019. On November 14, 2018, the former Bachelor himself announced that he and Burnham — who got engaged during one of the franchise's most controversial finales ever — were expecting their first child together. (Photo via Presley Ann/Getty Images)

Jionni La Valle and Nicole "Snooki" Polizzi: The Jersey Shore star announced her pregnancy on Thanksgiving, November 22, 2018, posting an Instagram picture of her two children, Lorenzo and Giovanna, holding up an ultrasound. She captioned the pic simply: "What I'm thankful for this Thanksgiving." (Photo via Robin Marchant/Getty Images)

Mario and Courtney Lopez: The TV personality announced his wife's pregnancy — with a little help from their two kids, Gia and Dominic — in an Instagram video on January 11, 2019. (Photo via Frazer Harrison/Getty Images for iHeartRadio/Turner)