8 Tips for Raising a Feminist Son 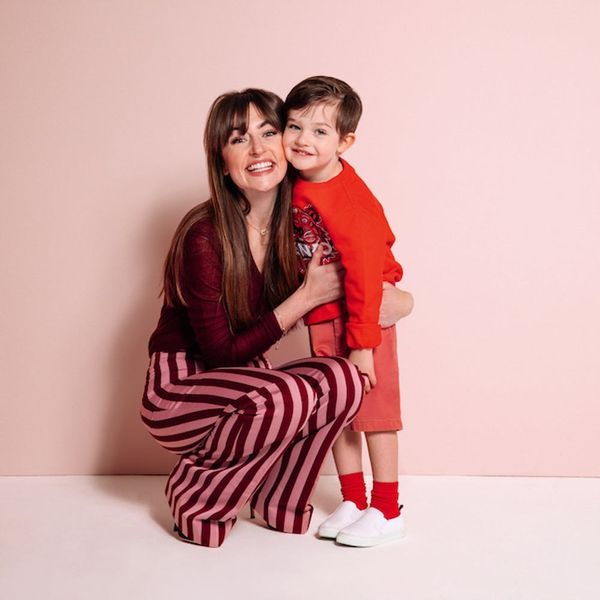 Amidst all the sexual harassment allegations and the #MeToo movement, parents are wondering how they can teach their sons and daughters to understand consent and gender equality. Raising great kids is the number one goal, but how do you tackle a huge topic like sexual harassment and assault with younger children, when even millennials have trouble understanding what sexual assault truly means?

We spoke with Michelle Kennedy, founder and CEO of Peanut, an app (free on iOS and Android) geared towards connecting moms, which works like a dating app but for mothers looking for like-minded friends. Recently, the app launched Peanut Pages, a community forum within the app, and Kennedy saw an uptick in members discussing how to raise sons with more awareness of women’s rights. Kennedy shares some of her suggestions about how she plans on talking with her four-year-old son Finlay to teach him how to be an advocate for gender equality. Scroll on for her advice.

1. Find a variety of different role models. While it’s easy to overload your son with fantastic feminist children’s literature, think about having a balance of role models. Exposing your son to strong women in “girl” books is beneficial, but it’s also key to not to “focus disproportionately on strong men or strong women,” says Kennedy. “The main messaging I focus on is that no one is better than anyone else due to gender, social status, sexuality, or race. I tell stories about strong people with ideas.” Look for children’s literature that embraces diversity and can provide fuel for further conversations. Find male role models like Justin Trudeau who are vocal about teaching compassion and feminism for all genders.

2. Think about the language you’re using. When you’re exhausted and your son’s cranky, it’s easy to slip into outdated clichés such as, “Big boys don’t cry.” Catching yourself before you fall into stereotypical gender norms is important. “The true definition of feminism is equality. So the message for my son is always around equality. There is nothing he can do that a girl can’t, and equally, there is nothing that a girl can do that he can’t!” says Kennedy. “The biggest challenge for me has been catching myself when I feel that I am slipping into using language that was used around me growing up, which is outdated, and not messaging I want him to hear.” Your words are powerful to your child, even if you don’t think they’re listening (they are!).

3. Start conversations about consent early. It’s never too early to talk about consent and your children’s bodies as there’s a lot of murkiness on the topic; a study by Journal of Interpersonal Violence shows that straight college-aged men have an unclear understanding of what consent really means. Says Kennedy, “Educating all of our children about respecting people’s personal space and why they are entitled to their own space is key. It’s gradual, of course, but being as open as possible, and framing it in terms of what they are entitled to is also important.” For example, if a stranger reaches to touch your child or baby, you can say, “Please don’t touch my child without asking.” If your child squirms away from another person, don’t force them to hug someone just to be nice. No means no, no matter what your age.

4. Talk with fellow parents. On Peanut Pages, Kennedy has seen the topic of raising feminist sons being discussed at length in the community forums. Chatting with your parent friends about how they handle this important yet sensitive topic at home can open up tools in your parenting style that you hadn’t considered. “[Community members] are talking about raising children as contributors to society, evening the playing field, [and teaching them to be] independent, empathetic, and individual. That’s not about women’s rights alone, that’s about rights of everyone, about human rights,” she says.

5. Read great books together. An expansive library opens up your child’s world beyond your neighborhood. You can read about and discuss important female role models as well as life lessons about bullying and caring for your environment. “Find stories about incredible men who have challenged things and faced adversity like Alan Turing and Nelson Mandela, while also telling stories of incredible women like Frida Kahlo and Rosa Parks (both of which can be found in the Little People, Big Dreams series). My role as a parent is to show as many different versions of an empowered person as possible,” says Kennedy.

6. Be aware of what your son is viewing. Look at what cartoons, toys, and games your son sees on a regular basis. “I am aware of toys which seem outdated and that some of the cartoons he loves have an imbalance of girls and boys. To me, the most important statistic is this — children have flexible views on gender up until the age of seven. After this age, it becomes more challenging to change their ideas,” says Kennedy. Talk about what he’s watching. Discuss how characters are portrayed. Speak up if something doesn’t sit well with you. Before your son has his own social media, consider ways to let him view the digital world safely without making it verboten.

7. Question stereotypes. A study published in the journal called Science found that girls view boys as smarter than them starting at age six. Says Kennedy, “Perceived intelligence is a challenge for so many women I meet every day. It’s damaging to self-confidence, and let’s face it, to our economy. We need empowered, confident people to keep innovating [and] building business. Women on Peanut are talking about how to ensure we quash gender preconceptions in our children at these ages through role play.” For instance, you could talk about making assumptions about someone because of their gender by using animals, such as, “Imagine you were a puppy, but someone told you that puppies couldn’t do something, only cats could.”

8. Discuss everything. Your conversations with your son shouldn’t only be about consent. Have open talks about different topics and listen to your child and consider what they have to say. “Encourage your children to ask questions. Discuss their perceptions. Give them plenty of examples of strong people, through play and in books. Talk about adversity,” says Kennedy. No topic should be off-limits, even the ones that make you uncomfortable. By opening the door to honest conversations about all topics, you instill in your children the confidence to tackle difficult issues as they get older.

How are you raising your son or daughter to understand gender equality? Share your tips with us on Twitter @BritandCo.