How to Teach Your Kids About Diversity Through Books 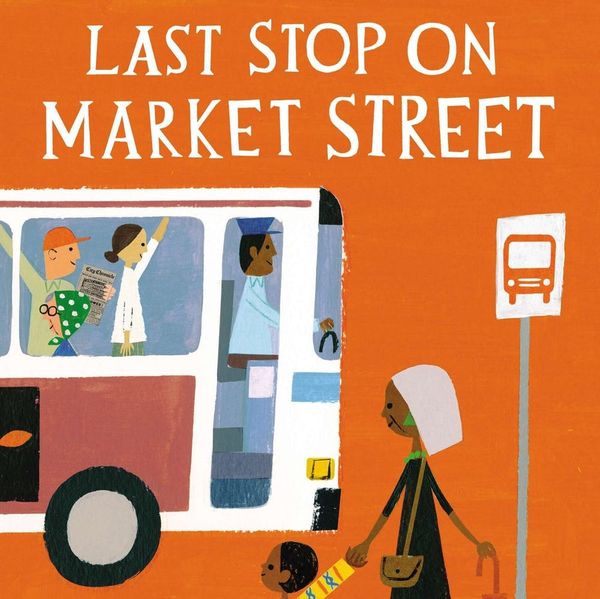 Who doesn’t love story time? You get to spend quality time with your kids while they get to stretch their imaginations — it’s a win-win. But while we hold Goodnight Moon and The Cat in the Hat near and dear as classics, not all little ones can see themselves as characters like Sally and her brother. We talked to author Matt de la Peña and illustrator Christian Robinson about the need for more diverse children’s literature, including what lessons both parents and kids can learn from their new picture book, Last Stop on Market Street.

The Woman Who Inspired the Story

Last Stop on Market Street tells the story of CJ’s bus ride across the city with his grandmother, where he sees people from all walks of life. He wonders why some kids have nicer belongings than he does, or why some have to get off in the dirty part of the city. In the story, his grandmother teaches him to appreciate what they already have. The inspiration for the journey was Robinson’s own grandmother, who raised him and his brother on her own. He wanted to honor her while connecting to children with a similar upbringing. “I’ve only come across a few picture books that acknowledge the experience of children who come from non-traditional families,” he says. “There are many grandparents around the world who take on the role of parent and guardian to their grandchildren.”

Getting Kids to Love the Arts

With tablets in schools and TV screens in cars, it can be a struggle for parents and teachers to get kids to engage with books and art. But both de la Peña and Robinson stress the importance of keeping the arts part of children’s lives as they grow. “Kids love making things; I feel creativity just flows from them naturally,” says Robinson. As for what they read as they get older, de la Peña believes that any form of reading is healthy, whether it’s a novel or a magazine: “All reading is real reading. The key is to keep kids reading what they like to read.”

The Role We Play in Developing Ideas of Diversity

De la Peña is an advisor to the non-profit organization We Need Diverse Books, which aims to promote universal stories in often-overlooked settings. “From a personal standpoint, Last Stop on Market Street is the next step of the evolution of the ‘diverse’ story,” he says. “It’s a book that features diverse characters that has nothing to do with diversity. My dream is for a book like this to be embraced not just by diverse readers, but all readers. The story is universal even if the characters are specific.”

As an example, he says teachers, parents and librarians should present Last Stop not as an African-American story but as a story of a boy and his guardian. Robinson adds, “Exposure to different kinds of people, cultures and music might help a child be aware of the infinite possibilities of expressing and being oneself.”

We adore this sentiment from de la Peña: “Reading is the ultimate form of empathy. Kids who are exposed to stories from a young age are more likely to carry empathy in their hearts — without even being aware of it.” Both author and illustrator agree that kids watch their parents and learn from them, whether that’s how to react after an accident or how to act towards others. That’s why in the story, CJ’s grandmother is taking him to volunteer in a soup kitchen. “I think the best parents and guardians show their kids how to see the beautiful,” says de la Peña. “And part of that is helping those who have even less.”

Must-Haves for a Diverse Library

Robinson says some essential reads would be The Snowy Day by Ezra Jack Keats, originally published in 1962, and the recently released Swimmy by Leo Lionni. He describes Swimmy as “beautiful and wonderful, and it speaks on the importance of embracing our differences and using them for good.”

What other children’s books would you include in a library to encourage diverse stories? Share your favorites with the rest of the class!

From Your Site Articles
Molly Griffin
Molly is a writer and editor from Boston who loves traveling, eating and occasionally being a little too candid. She lived in Dublin, Ireland for the last four years but recently moved to San Francisco to escape the rain. Now, she’s on the lookout for a good proper pub.
learning
Parenting
learning