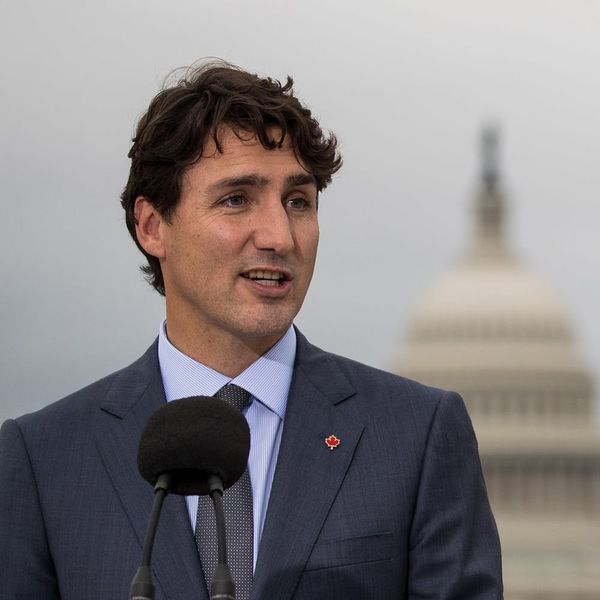 There are a lot of reasons to like Canadian Prime Minister Justin Trudeau (and these hot pics prove the thirst is real). There was the time he challenged Matthew Perry (who once beat him up in school) to a rematch, the time he pledged $650 million in support of global women’s health initiatives, his appearance at Toronto’s Pride celebration this year, and now, his essay for MarieClaire.com about raising his kids to be feminists.

“I am in politics because every day, I get to work to make the world a little better — for my kids, and for yours,” the father of 10-year-old Xavier, eight-year-old Ella-Grace, and three-year-old Hadrien wrote. “But some of the most important work I do is not as a political leader, but as a parent. Every day, at home, I have the astonishing and humbling opportunity — together with my wife Sophie — to nurture empathy, compassion, self-love, and a keen sense of justice in our three kids.”

He continued: “It’s 2017, yet… women and girls still face violence, discrimination, stereotypes that limit them, and unequal opportunities that keep them from achieving their dreams. It is maddening to me that my brilliant, compassionate daughter will grow up in a world where, despite everything she is as a person, there will still be people who won’t take her voice seriously, who will write her off — simply because of her gender.”

That’s why the 45-year-old feels it’s so important to raise both his daughter and his sons as feminists — although he admits that he didn’t come to this place of realization all on his own. During a conversation about teaching their daughter that she can be anything she wants to be, his wife, Sophie Grégoire-Trudeau, said, “That’s great — but how are you raising your sons to be strong advocates for women and girls too?'”

Slow & steady at the #IPM2017 in Walton this morning. Thanks for having us! 🇨🇦 Lentement mais sûrement à Walton ce matin #IPM2017. Merci pour l'accueil !

Now, Trudeau is challenging others in the same way. “Gender equality is not only an issue for women and girls,” he wrote for MarieClaire.com. “All of us benefit when women and girls have the same opportunities as men and boys — and it’s on all of us to make that a reality. Our sons have the power and the responsibility to change our culture of sexism.”

How are you teaching your kids about gender equality? Let us know @BritandCo.